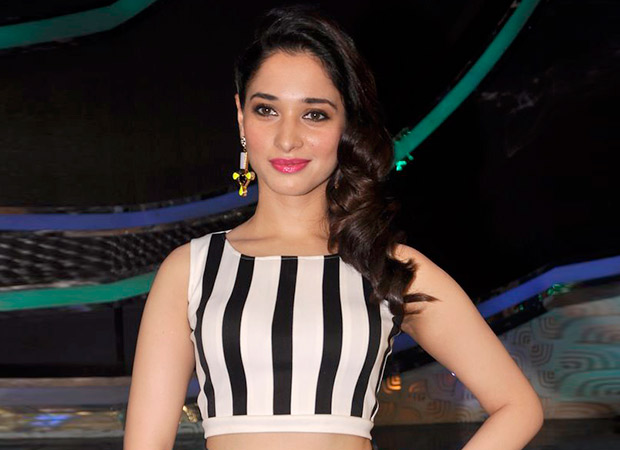 Tamannaah Bhatia, who was last seen in Tutak Tutak Tutiya, recently had to face an embarrassing incident when she was in Hyderabad recently. The actress apparently had a flying slipper attack of sorts whilst attending an event held in the commercial centre of Narayanaguda located in the Andhra Pradesh capital.

Tamannaah, who started her career in the South industry, has an immense following amongst South cinema. The actress recently visited Hyderabad to attend an event and considering the immense security around her, a fan went to completely different lengths to get a glimpse of her. Apparently the youth in a bid to catch a glimpse of the actress hurled a slipper at her bouncers which narrowly missed the actress.

While initially onlookers believed that someone had attacked Tamannaah with a slipper, later reports claimed that the fan was trying to push the bouncers away from her. There were even some other reports that alleged that the fan identified as SK Karemullah was angry with some of the roles essayed by Tamannaah Bhatia in films and that’s why he attacked.

However, the police, who arrested Karemullah after the incident, reportedly have stated that the latter attacked the bouncers and that it coincidentally attacked Tamannaah but brushed past her assistant.