Actress Taapsee Pannu usually heads home to Delhi to celebrate Diwali with her parents and sister Shagun. However, this year the actress will be celebrating the festival of lights in her new house in Mumbai with her family. 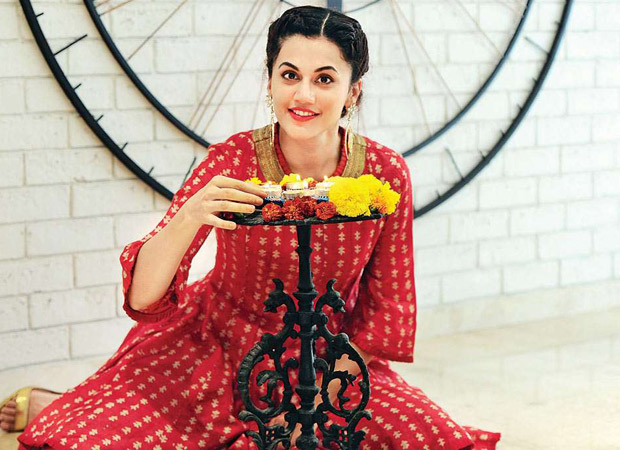 Talking about her Diwali plans to a daily the actress said that there will be no crackers. She said that she stopped bursting crackers during her school days. Recollecting a childhood incident she said that once, a day after Diwali when she lit the gas burner in their kitchen instead of a blue flame, there was an orange flame. When she asked her dad about it he told her that it happened because of the high content of carbon dioxide in the air. Taapsee said that it was scary to think that she couldn’t be safe even in her own house because of pollution caused by firecrackers. Ever since the actress has stopped bursting crackers.

Taapsee said that for her and her family, Diwali is more about rangoli and that she and her sister spent nearly two hours to make one every Diwali. The Manmarziyaan actress said that she has been painting diyas from the last few years. She and her sister Shagun also have a competition to see who paints the best.

Meanwhile, on the work front, Taapsee will soon be seen on the silver screen with the movie Saand Ki Aankh. In the movie, Taapsee plays an octogenarian shooter alongside Bhumi Pednekar. The movie directed by Tushar Hiranandani is slated to release on October 25.