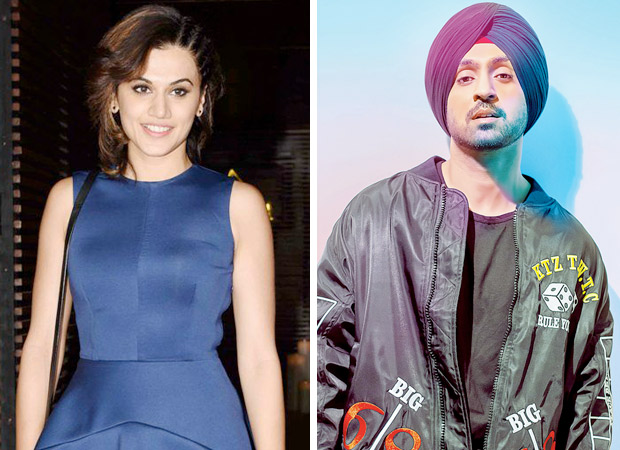 After OK Jaanu, Shaad Ali is gearing up for yet another film. Considering that sports genre is the flavor of the season, the filmmaker has decided to explore the same in his next movie. With Diljit Dosanjh and Taapsee Pannu in lead roles, his next film will trace the life story of Sandeep Singh.

The role of renowned medalist hockey player Sandeep Singh who was also the former captain of the Indian Hockey Team will be essayed by Diljit Dosanjh with Taapsee playing the role of the woman who inspires him to play the sport. However, this one will not be a biopic and it will focus more on the love story that revolves around Taapsee and Diljit, both of whom would be playing hockey players in the film. It will be co-produced by Chitrangda Singh along with Sneha Rajani.

For the uninitiated, let us remind you that Sandeep Singh is a hockey player who faced serious injury by an accidental gunshot in August 2006 when he travelling to join the national team. The Haryana based player was in wheelchair for about two years but with the support of one of his friends, a female hockey player, he went on to once again return to the game and even earned a silver medal at the Commonwealth Games in Delhi in 2010.

We hear that the two actors will undergo extensive training and Sandeep Singh himself will train Diljit Dosanjh for the film. The hockey player is expected to help Diljit learn some of his important on-field moves and a meeting between the two has apparently been scheduled in the forthcoming month. On the other hand, considering that Taapsee too plays a hockey player she too will have to train in the sport and will kick start the same once she finishes off her other work commitments.

From what we hear, this untitled venture is slated to go on floor in October and will be extensively shot in Punjab.