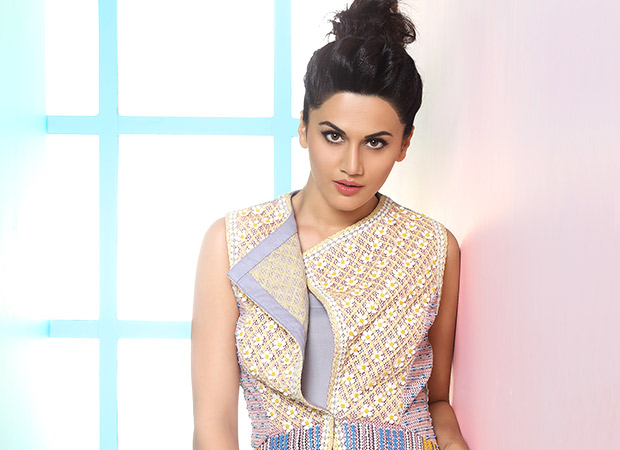 Taapsee Pannu has been associated with several powerful women-oriented films like PINK and Naam Shabana but the actress also contributes to the society by doing her share for social causes related to women. The actress has now decided to take a major step towards self-defence to commemorate the National Girl Child day.

Taapsee has always been vocal about the need for gender equality and women safety. After having supported several causes related to self-defence and even extending support towards teaching defence education for young girls, the actress will now promote self-defence on the National Girl Child day too. She had previously also supported an initiative in her own school to start giving self- defence classes to young children. While it was her idea to bring about this major change in her alma mater, today on National Girl Child day, Taapsee plans to extend this by branching out. She wants to help spread education of self- defence to young girls.

She has reportedly pledged that on this Girl child day she will support and activate more such initiatives through the help of experts, self-defence educators and through the means of local NGOs in different parts of the country.

Confirming the same, Taapsee said, "I wish on this National Girl child day we stand for each other and for oneself and we make it a collaborative effort. In a patriarchal society like ours, providing education and the right mindfulness for young girls from the beginning has become imperative. So on this day, I wish to activate more initiatives for these girls so that they become independent and can fight for themselves. We are in conversation with few experts and NGO's and I hope it works out soon."

From cyberbullying to raising her voice when she received flak owing to one of her statements made against a South director, Taapsee Pannu has always tried to stand tall amidst controversies. On the work front, after the stupendous success of Judwaa 2, the actress’ next release is Dil Juunglee that features her opposite Saqib Saleem. Besides this, her other forthcoming films include Soorma, Mulk and Manmarziyaan.