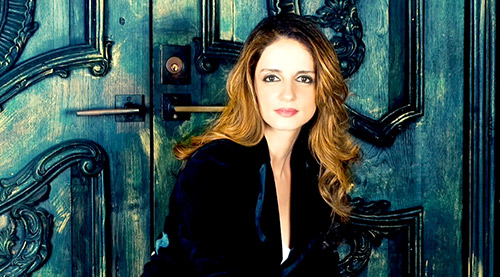 A shocking news report on Sunday states that Sussanne Khan, entrepreneur and former wife of Hrithik Roshan, has been booked for alleged cheating case in Goa by a company named Emgee Properties which accuses Sussanne of falsely claiming to be an architect to secure a contract with the company.

However Sussanne, known to friends and well-wishers to be honest and no-nonsense refutes the charges.

Says Sussanne, "It is alleged that I have cheated Emgee Enterprises and misrepresented to the complainant that I am an architect. The said complaint is motivated and preposterous and has been only filed to intimidate me and pressurize me to withdraw the arbitration proceedings initiated by me in the first instance to recover my dues and damages resulting from breach of contract."

Going back to the beginning of the dispute Sussanne says, "As a background I have challenged the termination of the contract and have invoked arbitration under the contract for recovery of my dues. As a counter-blast to the said proceedings Mr Mudhit Gupta only with the intention to harass and pressurize me to give into his frivolous counterclaim initiated the criminal complaint. I have not made any misrepresentation and have maintained the highest standards of ethics in discharge of my work."

Sussanne says she is not cowed down by the allegation. "I am going to take the arbitral proceedings to the logical conclusion and instead of getting intimidated will respond to the frivolous charge in the most befitting way possible. Such wild allegations do not scare me. Rather it encourages me to stand and respond. The allegations are false and defamatory and I will take the appropriate action in accordance with the law."