By far, Sushant Singh Rajput’s life’s best performance is to be seen in Abhishek Choubey’s Sonchiriya. The film and the performance remain among the most underrated in the history of Indian cinema. Apparently, Sonchiriya which originally released in February 2019 will now be re-released on the OTT platform and in theatres (when they eventually open). 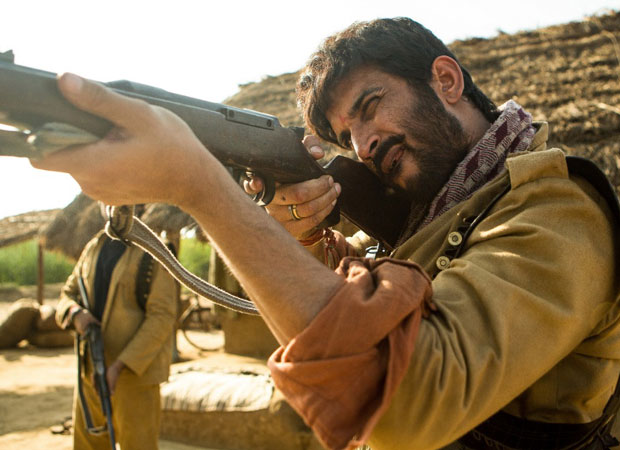 I remember how proud Sushant was of this film. When I had said it is by far his best film and performance till date, Sushant agreed with me. “I’d have to go with you on this. Though I’ve worked really hard on most of my roles, I have to say I worked especially hard on Sonchiriya. I’d like Sonchirya to be appreciated for all the hard work that our director Abhishek Choubey has put in…In fact all of us actors and technicians slogged in the Chambal heat.”

Sushant made it clear that box office success was not important to him. “I work entirely for my job satisfaction. Otherwise I could have made money in any other profession. I am here to make a difference, firstly to myself. When I look back on my body of work I want to feel a sense of pride. Whether it is Kai Po Che, Byomkesh Bakshy, Dhoni, Kedarnath or Sonchiriya, I am happy and proud to be associated with these films.”

Sushant admitted he likes to surrender completely to his characters. “I wouldn’t be able to sleep peacefully if I didn’t give all of myself to every character I accept. Agar main apne kirdaar ko theek se pehchan na paaon usski antar-aatma ko choo na loon toh yeh toh beimaani hogi (if I don’t get to know my character well and touch its essence it would be a betrayal). Either I don’t accept a film. Or if I do, I surrender to it completely.”

Shooting for his outlaw’s role in Sonchiriya, Sushant spent days and weeks preparing himself, staying unwashed, unfed, unattended. “My character wanted to surrender to the law. I surrendered to the law of self-discipline that I’ve made for my job. What I found in common between my characters in Kedarnath and Sonchiriya was that core of humanism. Mujhe woh pakadna ttha (I had to catch that). Baqi success or failure is not something I understand.”

Does the lack of box office success not bother Sushant at all? “Like I said, I feel there is appreciation for all the hard work being put in my films. Maybe in my case it doesn’t show in box office figures. But as long as I’ve the freedom and power to do the kind of films I want to, I am in a comfortable place.”