Varun Dhawan, Alia Bhatt and Sidharth Malhotra were introduced in B-town with this much talked about Karan Johar directorial Student Of The Year. The film introduced Gen Y kids as debutants and taking the franchise ahead will be Ananya Panday and Tara Sutaria, albeit with a known face as the male lead – Tiger Shroff! Now we hear that the makers are keen on asking these seniors at St. Teresa to do a cameo in Student Of The Year 2. 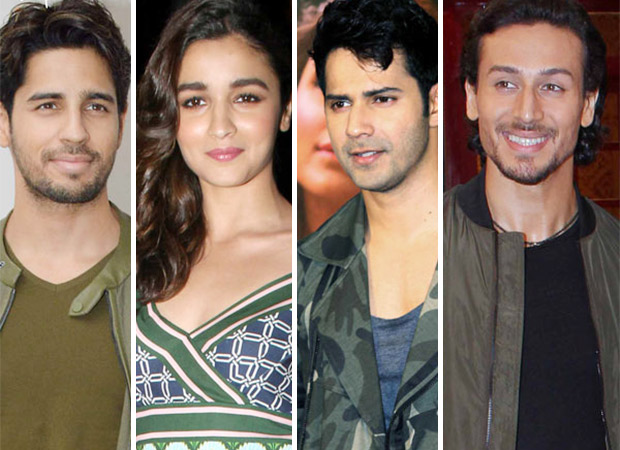 For the uninitiated, Student Of The Year featured Varun Dhawan, Alia Bhatt and Sidharth Malhotra as students of St. Teresa High School with Rishi Kapoor as their Dean. Now taking over the reign will be Samir Soni [after Rishi’s death in the prequel] with a new batch of students. Owing to the same, we hear that the makers including the director of SOTY 2, Punit Malhotra are planning to add a scene where the trio will hand over the baton to their juniors. While Tiger Shroff is said to be a part of it, it is yet to be seen if the girls, Ananya Panday and Tara Sutaria, too will share screen space in this sequence.

If reports are to be believed, the makers want it to be a song of sorts that will be incorporated at the beginning of the film. It will be a part of the credit sequence at the start of Student Of The Year 2. However, the location for the shoot is yet to decided. They will be finalizing a stadium or a lavish set that will be located in either Delhi or Mumbai.

As for the film Student Of The Year 2, it has been shot at varied locations like Dehradun and Pune. While the shoot scheduled at these two locations have completed, the location for the third one is yet to be locked. The third leg of the film is expected to start mid-July. The film is slated to release on November 23 this year.

Also Read: Student Of The Year 2: Ananya Panday and Tara Sutaria are the new BFFs in B-town