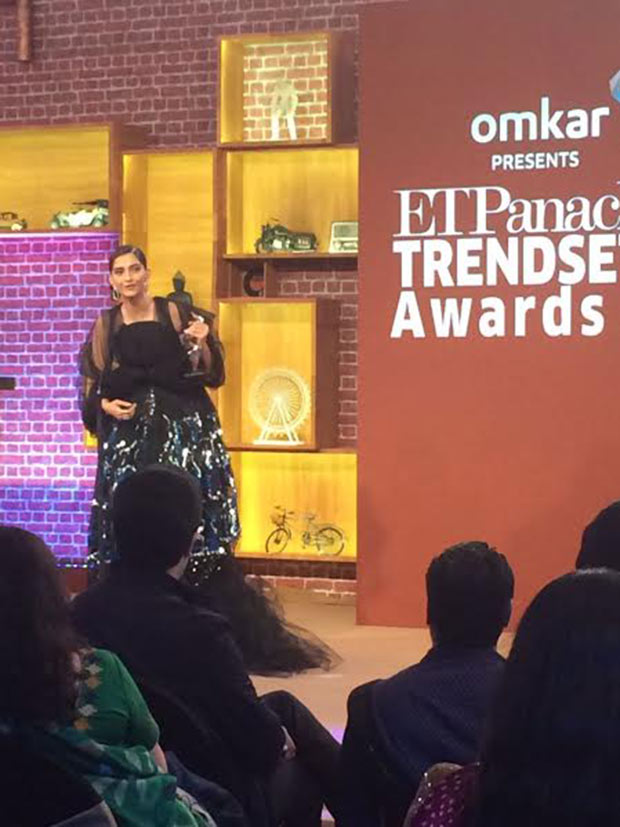 After having won everyone’s hearts and attention with her impeccable fashion sense and performances in films, Bollywood’s ‘Miss Fashionista’ Sonam Kapoor was recently as the winner of this year’s ‘ET Panache Trendsetting Cool’.

Speaking about Sonam Kapoor, Shradha Sukumaran (Deputy Editor-ET Panache) said, "Sonam Kapoor has made individualistic choices through her movies, from Saawariya and Raanjhanaa to this year’s heart-breaking Neerja. Kapoor is a digital juggernaut, a movie star with her own app. And she has an opinion and isn’t afraid to voice it”.

On the film front, Sonam Kapoor will be soon seen in the chic flick Veerey Di Wedding alongside Kareena Kapoor, Swara Bhaskar and Shikha Talsania. The film is being directed by Shashanka Ghosh.