We all know that Sonakshi Sinha is quite inclined towards the field of music. While she has already made her singing debut, now she has also taken a fascination to writing. In fact, she recently rewrote the lyrics for the song ‘Love Dose’ from a girl's perspective. And it is for the upcoming Dabangg tour. She will also be seen performing it as part of her act during this tour. 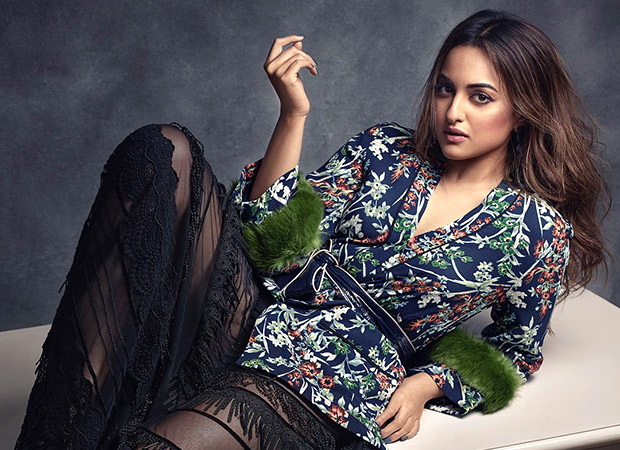 It is a known fact Sonakshi Sinha is gearing up to put up some ‘dhamakedaar’ acts during the Dabangg Tour. But the actress will be doing a lot more than dancing which also including singing. In fact, for the same she has worked on the recreation of the song ‘Love Dose’ especially for the tour and will also be crooning to it as part of her act on the tour.

"Sonakshi Sinha has always been someone with a strong and solid musical inclination. She's associated with numerous artists in the past and has also judged dance and singing focused reality shows. Art and Music have always been avenues that she's been passionate about ever since she began her career. Taking the passion forward, she is going to perform a brand new rendition of the track ‘Love Dose’ as part of the tour across US and Canada. She has rewritten the lyrics of the song herself from an entirely female perspective and has been rehearsing it since she returned from her shoot for Happy Phir Bhaag Jayegi and Kalank schedules", said an insider source.

When asked about her singing gig at the tour, Sonakshi said, "I'm really excited about the tour more so because I will not just be dancing, I will also be singing something special. My music team and I have created a brand new rendition of ‘Love Dose’, one of my favourite songs of Honey Singh, changing the lyrics from the point of view of a girl. I worked on it amidst my dance rehearsals and between my shoot for Kalank in this first schedule. The song has come together really well and I am hoping we have the audiences swoon and enjoy it as much as we did recreating it. I'm sure Honey (Singh) will love it too.” For the uninitiated, the tour kicks off from June 22 in Atlanta.