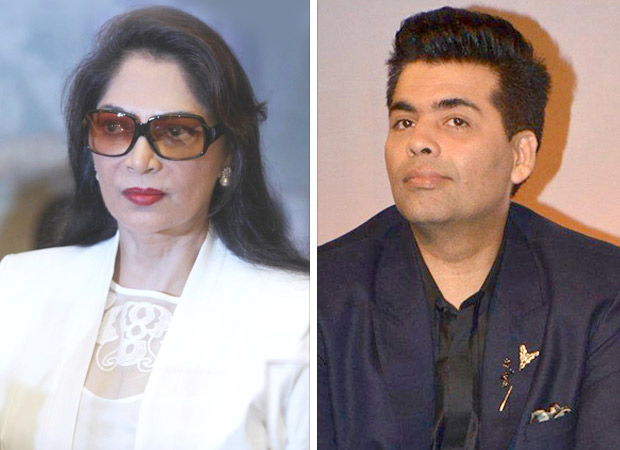 Ever since Karan Johar took over the English-language Bollywood chat-show space from Simi Garewal, a feud has been simmering between the two. And now with this tweet from Simi Garewal, the feud is out in the open. Tweeted Simi, “After I finished hosting IFFM Awards @karanjohar told Festival Director 'Next year I want to host the awards'! Another takeover?!”

The “takeover” bid this time refers to Karan Johar volunteering to host the just-concluded Indian Film Festival of Melbourne from the next year. Simi, for those who came in late, has been hosting the Festival from its inception. She clearly sees Karan’s offer to host the same as an invasion of her space, thereby bringing the long-suppressed feud into the open.

For those who came in late, Simi’s Rendezvous With Simi Garewal was the Queen among Bollywood chat shows for years. Season after season she ruled the ‘ear’ waves with her charm candour and insight into lives of Bollywood legends….

Until Karan Johar “volunteered” to start his own chat show on the same channel. Once Koffee With Karan came on, Rendezvous With Simi Garewal became history.

A prominent actress who knows both Simi and Karan closely feels Karan has been consciously digging into Simi’s territory. “He has a thing about Simi Garewal. He feels he can take on her elegant eloquence and beat her at it.”