A couple of months ago, it was revealed that Hasee Toh Phasee stars Sidharth Malhotra and Parineeti Chopra will be teaming up for the second time. The yet untitled film will mark the directorial debut of Prashant Singh, who has earlier assisted filmmaker Aanand L Rai on Raanjhana and Tanu Weds Manu. The film will be co-produced by Ekta Kapoor and Shailesh R Singh. Now, we hear that that film will go on floor in the next week in Uttar Pradesh. 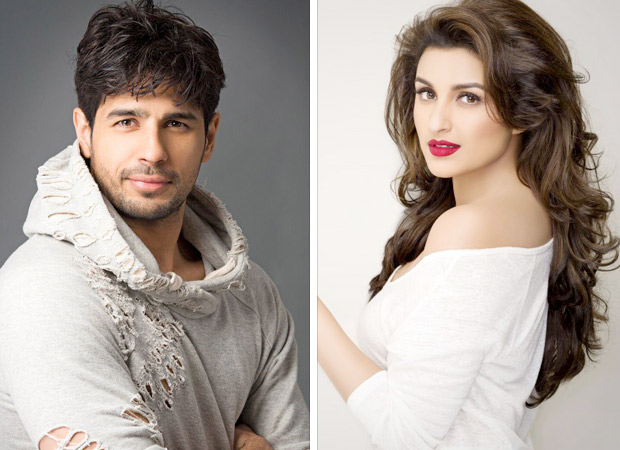 According to a leading daily, Sidharth Malhotra and Parineeti Chopra will kick off the film in Uttar Pradesh and then Bihar. The entire set has been made in UP. The stars have begun prep for the film and will sport desi avatars. They will even have to work on their Bihari dialect as the film reportedly revolves around the issue of groom kidnapping. Sidharth Malhotra has reportedly gained some weight but in form of muscle to look toned and fit. His character will be that of a thug who abducts men and forcefully gets them married.

Sidharth Malhotra and Parineeti Chopra’s chemistry was loved by the audience in Dharma Productions’ Hasee Toh Phasee. The film, directed by Vinil Mathew, released in 2014.

Meanwhile, Parineeti Chopra will be next seen with Arjun Kapoor in Vipul Shah’s Namaste England. The film is scheduled for Dussehra 2018 release. She has many projects in the pipeline including Sandeep Aur Pinky Faraar and Kesari. Sidharth Malhotra, on the other hand, will soon begin work on Captain Vikram Batra biopic.