Kangana Ranaut is one actress who believes in saying it like it is. While she keeps her circle close and tight in the industry, she considers her Fashion co-star Priyanka Chopra a good friend; furthermore they also share a same stylist: Ami Patel. At the recent Vogue Beauty Awards 2018, she said that she is happy for PC as she has found the one. She also opened up about her earlier comment of PC not personally telling her about the engagement. She said at the event, “I spoke to Priyanka the other day and I congratulated her. She responded in a very… She seems excited and very happy. If such an event is taking place, I’d love to celebrate with her because she is lovely and she deserves all the happiness. She is a very dear friend. I get very happy and excited with weddings and engagements.” When asked when Priyanka would get married, she said that the Quantico actress has not confirmed the date with her yet. 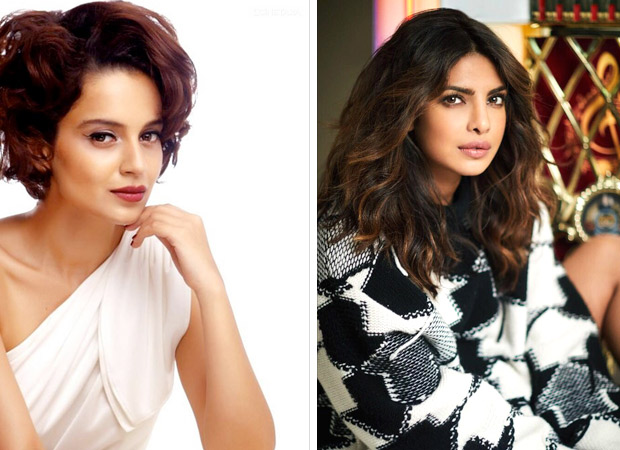 Priyanka shocked the industry after she walked out of Salman Khan’s Bharat earlier this week and the director made an official statement about the same. With a clever play of words he cited the reason for her exit as Nick Jonas. Then even the international press reported that PC and Nick are engaged and will soon get married this year. This is big news for all the PC fans and we hope that she makes her wedding date official. Meanwhile, she will be seen in Shonali Bose’s The Sky Is Pink with Farhan Akhtar. She has also signed a Hollywood project opposite Chris Pratt.

Kangana has Mental Hai Kya in her kitty with Rajkummar Rao and is also filming for her ambitious project Manikarnika.