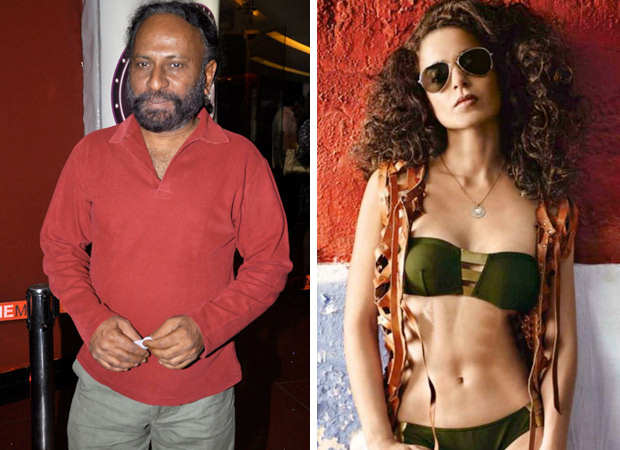 While over a year ago, Kangna Ranaut had announced her association with Ketan Mehta’s film on Rani Laxmibai, later yet another announcement by the actress took everyone by a surprise. Kangna had then stated that she had decided to go ahead with the film on the warrior queen but with a different director. This had led to several speculations, followed

Ketan Mehta sent a legal notice to Kangna Ranaut alleging that the latter ‘hijacked’ the subject as well as the film that the filmmaker was making and that too, along with a new director. Taking it further, according to recent reports, Ketan Mehta is also taking the help of Mumbai police via the Economic Offences Wing (EOW) under which he has accused Kangna Ranaut of cheating as well as breach of trust.

Readers may be aware that Kangna Ranaut had already started prepping for the Ketan Mehta film. Talking about the same, Ketan asserted that he had shared important material related to the film, from the new versions of scripts to sketch materials for costumes etc., with the actress. Expressing how shocked he was when the actress announced about Krish (South filmmaker who directed Gabbar Is Back) directing the film, he further went on to add that he has been working on the project for 10 years.

It is also being said that Kangna Rananut’s sudden exit after the fallout with Ketan Mehta, the makers suffered a loss of approximately Rs. 9 crores. Reasserting the information, reportedly, an official from EOW also mentioned about Ketan Mehta filing a written complaint and sought an FIR to investigate the matter. He also spoke about summoning Kangna Ranaut soon for a recorded version of her story.

On the other hand, Rizwan Siddiqui, who also fought the much controversial Hrithik Roshan-Kangna Ranaut case, will be defending the actress in this case too. Reinstating about his client’s innocence, Siddiqui added that she had not committed to anything legally wrong and that these claims and complaints are baseless.

As of now, just last month, Kangna Ranaut launched the film on Rani Laxmibai, now retitled as Manikarnika – The Queen of Jhansi, in Varanasi, the birth place of the warrior queen.