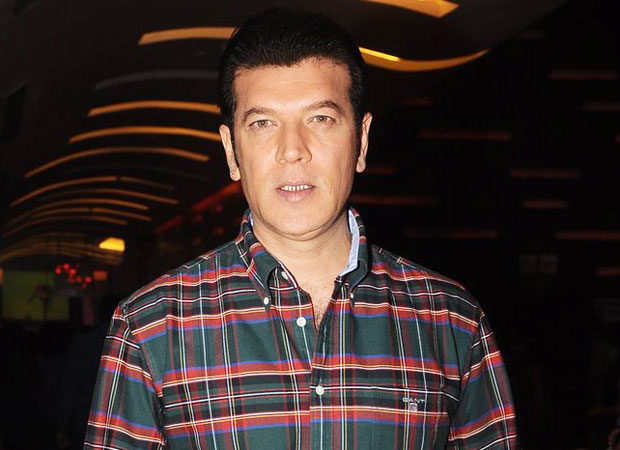 Yesterday, we carried the explosive interview of Aditya Pancholi wherein he blasted Kangana Ranaut over her comments on ‘Aap Ki Adalat’. Take a look at the second part wherein he continues his tirade against the actress.

Aditya Pancholi says one song keeps playing in his mind these days. “I hear only one song which was sung by Jagjit Singh - Baat niklegi toh phir bahut door talak jayegi... Log zaalim hai, har ek baat ka taana denge. Just because we are keeping quiet does not mean that we are guilty. According to her, ‘Puri film industry gandi hai, award function fraud hai’, haan? She says things like, ‘Mein kisise nahi darti hoon, Khans ke saath mein kaam nahi karna chahti’, yeh sab bolne ki zaroorat hai? You (Kangana) are such a top star and so talented, aap chup chaap haath jodke, roz Bhagwan se prarthana karo ki, ke mein jab iss duniya mein, Mumbai nagri mein ayi, main kuch bhi nahi leke ayee thi, aaj Parmatma aap ne mujhe itna kuch diya, I am grateful to you and to the people who came into my life and helped me. Don’t say this to the world, media or on national TV – say it to your God. Hamari tareef nahi kar sakte ho toh hamari burai mat karo! (If you can’t praise me, don’t criticize me also). You say you have won the National Award but you are not the only actress who has got it as many of my friends have got them too. Winning a National Award doesn’t give you the liberty to run down people. It means you have done a good job. There should be a National Award also for good actors and good human beings. I don’t want to dig into her past as that’s the past.”

The actor protests at Kangana Ranaut's allegation that he was physically violent. “I am not a woman-beater! Show me one person in this world, I challenge her to show me one person who is a witness to me laying a hand on Kangana. Don’t talk rubbish! Shut up or show the proof. Yes we have fought sometimes – over parking space or in a discotheque but that’s about it. I have never raised a hand on her. Mera upar aisa kaun sa case hai that she is talking about? Let one person get up and say that Aditya Pancholi has hurt or harmed anybody! I have helped everybody and I am not bragging about it. I am grateful that God has given me a heart where I can help people… (Aditya breaks down in tears and starts sobbing. I give him some time to compose himself before he can resume). Her sister Rangoli is dragging my son’s name in a murder case but you don’t know what repercussions can happen. I wanted to tell Rangoli don’t drag my wife, son and daughter into this. You (Kangana) had a relationship with me, deal with me. Sooraj’s case is going on in court and such statements can be damaging to it. It’s preposterous! You cannot talk about a case which is subjudice! I will file a major defamation case against Kangana and her sister Rangoli.”

Aditya adds, “Rangoli said Zarina gave her diamonds and clothes and told her not to say anything – I have not given my wife diamonds so how can Zarina give them to her? I don’t believe in giving diamonds – I believe in giving love. Diamonds are blood diamonds and I don’t believe in giving that. I am not going to stop now. I have due respect for them but at the same time this is not done. I am not going to take it lying down and if this gives her film Simran mileage I will be more than happy. I pray to God and I swear on my mother that Simran should do such great business so that it helps the film industry. I want the film to be a very big hit. Like I pray for the success of my son and daughter’s films, I pray for Simran the same way… (starts sobbing again) I am saying this because film industry will benefit with the success of Simran. I don’t know what you have said about others but you have to prove what you have said about me. You said you came to my wife who said ye hamein ghar pe aake marta hai, aur naaukron ko maarta hai? Prove it. I have been married to Zarina for 31 years and that’s a long time for anybody to stay married. The onus is on Kangana and Rangoli to prove what they said in those two interviews and on Twitter.”