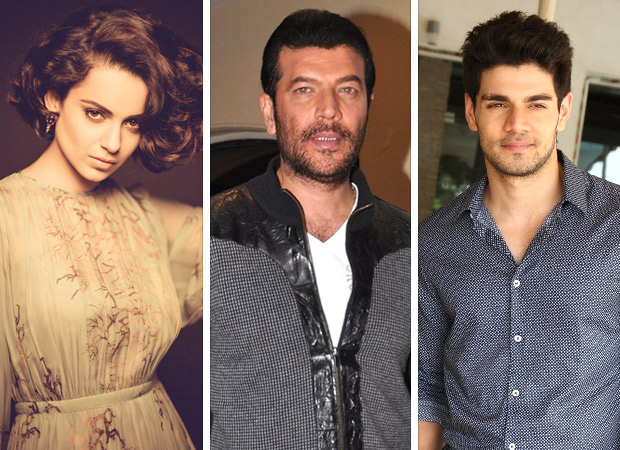 Kangana Ranaut is making headlines and how. The actress' explosive fresh statements about Hrithik Roshan and Aditya Pancholi have once again brought back extra-marital affairs in the industry into the limelight. However, amid this, two more people who've got dragged into this mess are Aditya Pancholi's son Sooraj Pancholi and his daughter Sana Pancholi.

On Tuesday, Sooraj Pancholi deleted his twitter account amidst the ongoing war of words between his father Aditya Pancholi and Kangana Ranaut. In series of tweets, Sooraj requested the media to exclude his sister Sana Pancholi and him from this narrative. "It’s my humble request to all the media platforms out there! To please keep my sister and me out of the current site. I have nothing against anyone and I would like to keep away from the mess… it’s something that I have been trying to avoid for years. And I think it's not right for anyone to tag my sister or me in every single article about it. Please think of it as a son or a daughter.. say whatever you want but please do not involve us in it. Thank you," he tweeted before deleting his account.

Sooraj Pancholi’s father Aditya Pancholi was in a relationship with Kangana Ranaut. Kangana revealed that she was in an abusive relationship with a man who was her father's age in an interview on Rajat Sharma's Aap Ki Adalat. Since, then, Aditya has hit back and the war of words continues between the two actors.

It seems like Sooraj Pancholi wants to stay away from controversies as the actor is still in the middle of Jiah Khan case.