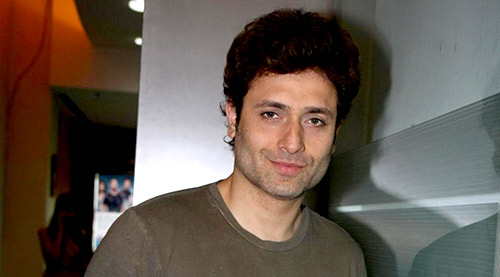 Indra Kumar's raunchy comedy Great Grand Masti has a 'strange' connection with Shiney Ahuja. There is one character of a maid (played by actress Sonali Raut), who had been named 'Shiney' in the film. For the still uninitiated, Shiney Ahuja had been convicted of the rape charges against him and had been sentenced to seven years in prison.

Even though he has been out on bail since 2011, the very usage of 'Shiney' in the film has not gone well with him. Hence the actor has decides to take legal action against the film's producer Ekta Kapoor. The legal notice reportedly mentions that "The name of the maid 'Shiney' and the actors trying to find some masti with her in the movie Great Grand Masti, will have greater ramification and impact on the mind of the viewer and will tend to curtail or impair the freedom of the limbs of the judicial proceedings". It also calls for the immediate removal of the name 'Shiney' from the movie before its release. Also, if the said demand wasn't met, then legal action, civil as well as criminal, would be taken.

Shiney Ahuja's lawyers felt that this 'rude, cheap joke' was bound not just influence the audiences' minds against Shiney Ahuja, but also could impact the pending judicial proceedings. Shiney Ahuja's advocate also stated that the Great Grand Masti's producers conduct, at this juncture, constituted Criminal Contempt as defined under Section 2(c) of the Contempt of Court Act 1971.