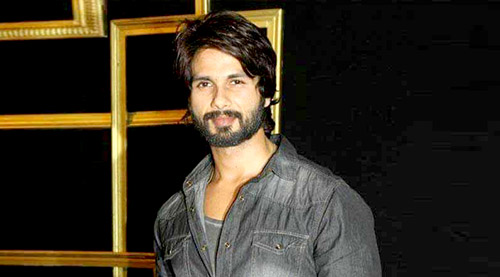 Shahid Kapoor who got married last year to Delhi girl Mira Rajput is soon going to enter a new phase in his life. The Udta Punjab actor is going to be a dad soon and has already started preparations for his baby.

Since the announcement of the baby, the dad-to-be is taking his duties very seriously. Shahid Kapoor is remodeling his Juhu house which was his bachelor pad. When he booked his sea-facing spacious apartment, he had no idea that he would be getting hitched soon. Mira Rajput who comes from a non-Bollywood background likes to keep her private life protected. So, the house was modelled according to the couple's requirement. Now that the baby is on the way, Shahid has decided to remodel his house to make a special room as well.

The love nest of Mira and Shahid Kapoor will soon have a new look as they get ready to welcome their unborn baby. And guess what? It was Shahid's father Pankaj Kapur's idea to be prepared for the changes since the beginning. Confirming the same, Shahid added, "I should have listened to dad from the start. After all, he is more worldly-wise than I am". The actor will also be taking paternity leave and won't be shooting for a month when the baby is due.