South Korean group SEVENTEEN will make their highly-anticipated return at 1 PM KST on May 27 (9:30 AM IST on May 27) with their 4th full-length album Face the Sun. 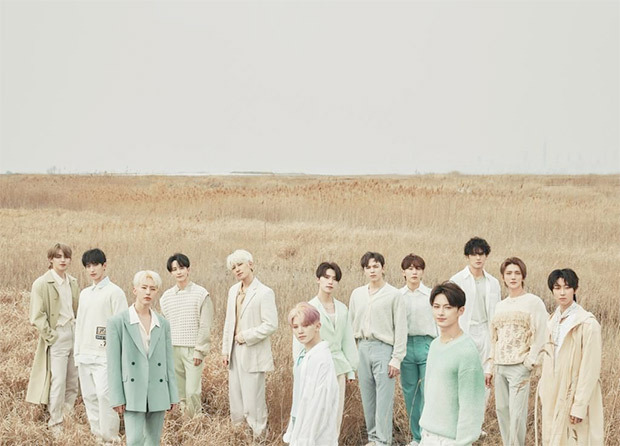 SEVENTEEN to release fourth full length album ‘Face the Sun’ on May 27, 2022

At midnight today, the title and the release date of SEVENTEEN’s forthcoming album was revealed with a cryptic first glimpse into the album. In contrast to the mellow, pastel-colored aesthetics the act recently presented through the pre-release track “Darl+ing,” the stills of a staircase, ropes, the sun, a map and a structure laid across the teaser imply a more muted but multi-faceted shade to the stories to unfold.

Opening their new chapter with “Darl+ing” earlier this month, the team of 13 creatives hinted that the upcoming album will tell stories they hold closer to their hearts than ever, imbued with thoughts and feelings they have kept to themselves until now. 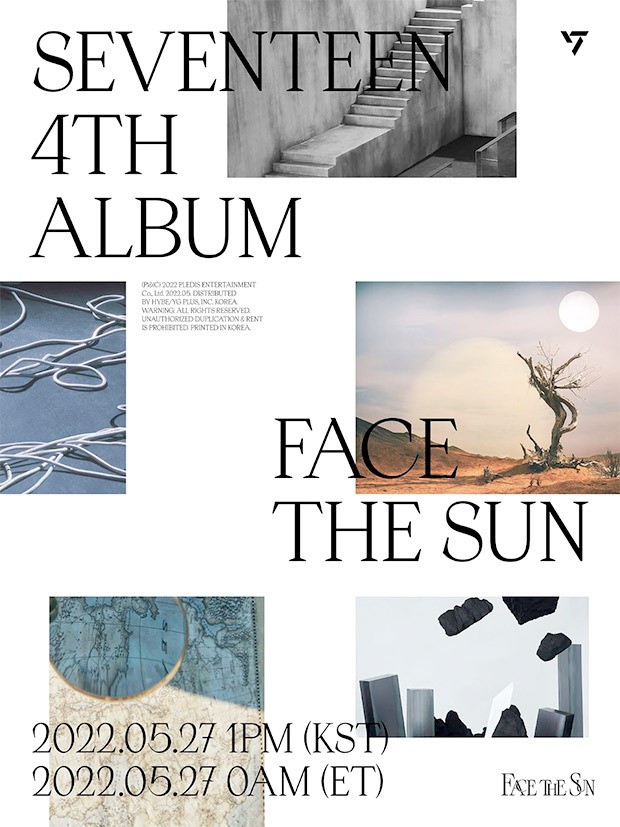 The K-pop supergroup’s first English-language single “Darl+ing,” released on April 15, landed in Top 10 of iTunes Top Songs Chart across 46 countries/regions around the world, topping the chart in 34 of the countries/regions.

Pre-order for Face the Sun begins on April 22 (KST).