Zee TV’s popular show Tujhse Hai Raabta has been a favourite amongst viewers with its intriguing plot and natural performances by Kalyani (played by Reem Shaikh) and Malhar (played by Sehban Azim). Prior to lockdown, the show was at a very crucial juncture and has now returned with fresh twists, giving the audience something exciting to look forward to. In fact, the upcoming episodes will see a freak incident turn Kalyani and Malhar’s world upside down, leaving the viewers waiting with bated breath to find out what's in store for Kal-Ma, (as the couple is popularly referred to on social media) once the show takes a 5-year leap! 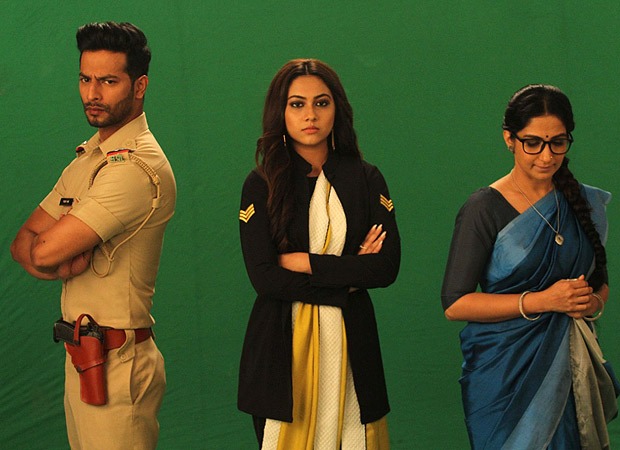 The audience has so far seen how Kalyani and Malhar have moved mountains in order to save Moksh’s life. However, Trilok who has his own hidden agendas, will be seen plotting a vicious plan to take away everything from Malhar as a form of revenge for having ruined his career. In a shocking twist that is bound to catch viewers off-guard, Malhar will be seen pulling the trigger on the love of life Kalyani on 12th August. With her falling off a cliff, the narrative of Tujhse Hai Raabta will fast forward to 5 years down the line and see a deeply dejected Malhar wasting himself. Demoted to a sub-inspector, he is no longer the alert, prompt and grounded cop we knew him to be. Instead, he is now a short-tempered, ruthless cop who will go to any extent to ensure that no criminal goes unpunished. Malhar is on a self-destruction spree and doesn't care about anyone anymore, so much so that he is not even allowed to carry a revolver! Just as Malhar looks like he is drifting away beyond a point of repair or return, the 5 year leap sees the return of Kalyani but the tides have turned and she is in an all new avatar ... The dynamics between the two have changed ... Where has she been all this while? What was she up to? What made her stay away from Malhar? And what does she want now? Only time will tell...

The leap will also see the new entry of Avni played by Shrashti Maheshwari, a 25-year-old rich and beautiful girl who was dumped by Ahir after she got pregnant. On the other hand, Anupirya (played by Poorva Gokhale) has lost all hope after they assume Kalyani is dead. Anupriya has become more quiet and extremely under confident and has very low self-esteem. She starts considering herself unlucky for everyone around her. As a result, Anupriya becomes Aaosaheb’s 'katputli' (puppet).

Talking about the leap, Sehban Azim who plays the role of Malhar in Zee TV’s Tujhse Hai Raabta revealed, "We absolutely love our audience and fans. In fact, we are overwhelmed by the amount of love they keep showering on us. While we all crave happy endings, the reality is often far from it. Kalyani and Malhar are one of the most loved on-screen couples, but the upcoming leap will surely surprise the audience and I am sure they are going to enjoy seeing the other side of me and unravel what actually transpired that triggered me to end up shooting my beloved Kalyani. But viewers can rest assured there's a lot more of Kal-Ma to look forward to as she returns after our 5 year leap, but with an all new twist and surprise for our viewers."

New entrant Shrashti Maheshwari also added, “I am glad the makers of the show chose me to play this pivotal role in such a popular show. Avni is a fresh challenge for me, she is a lively girl. How she will impact Malhar and Kalyani’s lives in the next chapter is something the viewers will want to see and I am excited to see their reaction at my entry.”