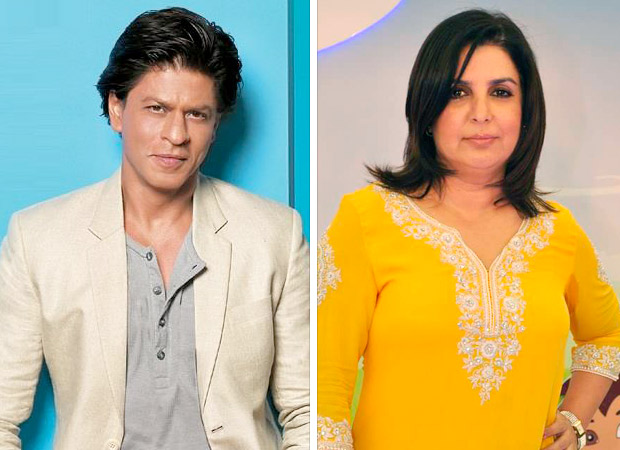 Shah Rukh Khan and Farah Khan have not worked together for the last three years, since their last film Happy New Year (2014). This gave rise to speculations that things were strained between the two on the professional front and it would take some time before they did a film together again. But last week, when Farah was shooting for the Indian version of Lip Sing Battle which she is hosting for Star Plus, Shah Rukh Khan casually strolled in and put to rest all the rumours. And the next day, it was Farah's turn to surprise her friend Shah Rukh as she visited his Ted Talks (which SRK is hosting) show which is right across to hers.

Says a source present on both the sets, “Farah and Shah Rukh have been shooting in YRF Studios in Andheri, one set one and two which are very close to each other. Farah and Shah Rukh both have already started shooting for the shows. After Shah Rukh visited Farah on her sets, the next day when Shah Rukh was shooting he was surprised by Farah on his Ted Talks set. He took her on a tour of the set, had lunch together and they again chatted for quite some time. They even discussed doing a film together soon so there’s a possibility of something happening on that front in the new future. Shah Rukh and Farah have given some blockbusters including Main Hoon Na, Om Shanti Om and Happy New Year and fans are eager to see them again together. Farah is yet to announce her next film and Shah Rukh hasn’t signed any post his film with Aanand L Rai.”

Farah’s show Lip Sing Battle is based on celebrities from across professions, appearing on the show and competing with each other by lip-syncing to songs. Adds the source, “She was stunned when SRK walked in and hugged her on the sets of Lip Sing Battle. They chatted for an hour and caught up on work and their families. It was just like it was before as their camaraderie and warm friendship was just the same as ever. The super star danced to iconic song ‘Deewangi Deewangi’ from their film Om Shanti Om.”