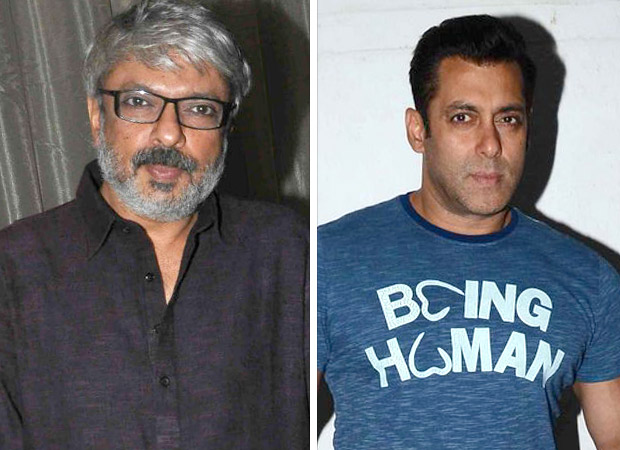 Bollywood’s most distinguished war of creative differences is now over. Filmmaker Sanjay Leela Bhansali and Salman Khan locked in an intense cold war for the last five years—so intense was the animosity that when SLB’s sister Bela Sehgal invited Salman Khan to see her directorial debut he had replied, ‘Anything for you. But not for that so-and-so’—have finally shaken hands, hugged made peace and agreed to work together in another film.

The peace -making process began a year back when Bhansali and Khan met at the latter’s residence for a possible project together. Sources close to them say SLB and Salman have been in touch since then. When recently SLB’s shooting of Padmavati was disrupted in Rajasthan, Salman Khan was one of the first to call and inquire about his one-time best-friend’s wellbeing.

And now Salman Khan and Sanjay Bhansali have agreed to work together in a film that promises to be “the Devdas of the new millennium.” An intense love story with dark undertones, it will be the ultimate olive branch from the director who fell out with the superstar when Bhansali offered Devdas to Shah Rukh Khan.

Salman who propped up Bhansali’s talent from the time of the director’s debut in Khamoshi: The Musical felt betrayed when Devdas went to his fiercest rival.

The new love story which will be shot immediately after Padmavati is completed, will mark the renewal of the one of Bollywood’s most influential director-actor team that gave us Khamoshi The Musical, Hum….Dil De Chuke Sanam. It also signals the culmination of the Ranveer-Deepika collaboration with Bhansali that yielded the trilogy of Goliyon Ki Raas Leela Ram Leela, Bajirao Mastani and the forthcoming Padmavati.

The SLB-Salman Khan collaboration of 2018 will feature a fresh face with the superstar. Deepika Padukone with whom Salman’s pairing remains yet untried is a very strong contender.