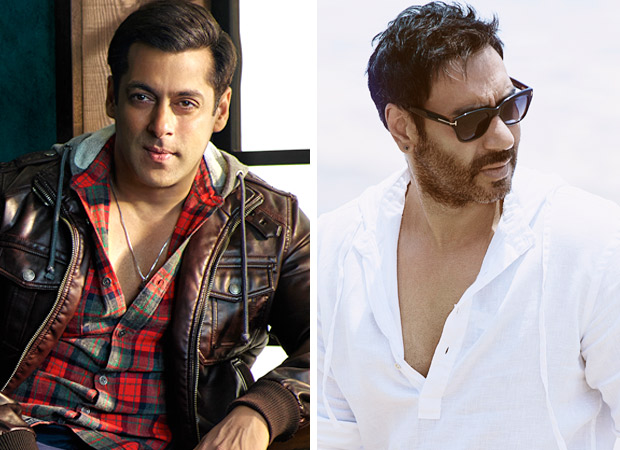 The Battle of Saragarhi seemed to have fuelled up a battle within the fraternity itself with many filmmakers rooting for the same project. While Ajay Devgn had announced the film’s plot in Sons of Sardaar, a sequel to his 2012 film, Rajkumar Santoshi and later even Salman Khan seemed to be working on that film. However, now it seems that while the latter has backed out, Ajay asserted that he will continue with the film.

Readers may be aware that earlier this year we had reported that Salman Khan is collaborating with Karan Johar for a film starring Akshay Kumar in the lead. Soon the news was followed by yet another buzz about it being a film based on the Battle of Saragarhi but a recent statement made by Ajay Devgn has resolved the confusion. The superstar revealed that Salman Khan is indeed not making a film on Battle of Saragarhi. He added that although he is not sure if anyone else is making a film on it, he asserted that he is definitely going ahead and making a film on the subject.

Furthermore, Ajay Devgn maintained that the film will be made on a large scale because of which he requires at least two years for prepping for the film. He also stated that if anyone else wants to make the film, they can go ahead and that he will release his film after that.

Talking about the Salman Khan – Karan Johar collaboration, we hear that this will not be happening anytime soon and there has been no update on the film’s progress. While Akshay Kumar is busy with other projects, the makers continue to contemplate on this project.

On the other hand, the other film on Battle of Sargarhi by Rajkumar Santoshi went on floor with Randeep Hooda last year but the film has been facing several setbacks since then. As for Ajay Devgn’s film, the details like casting are yet to be finalized.