Salman Khan has an array of projects in the pipeline. The actor was recently seen in Remo D'souza's directorial, Race 3 which crossed Rs 100 crore mark at the box office in just three days. He is simultaneously shooting his reality show Dus Ka Dum which made its return to TV screens with its third season on June 4. With these two projects, Salman Khan also has two movies in 2019 – Bharat and Dabangg 3. Though Salman Khan has already shot some portions of Bharat, he is yet to begin shooting for Dabangg 3. While it is yet to go on floors, we hear that Sonakshi Sinha will be returning to the franchise. Also, Saqib Saleem will be the new addition. 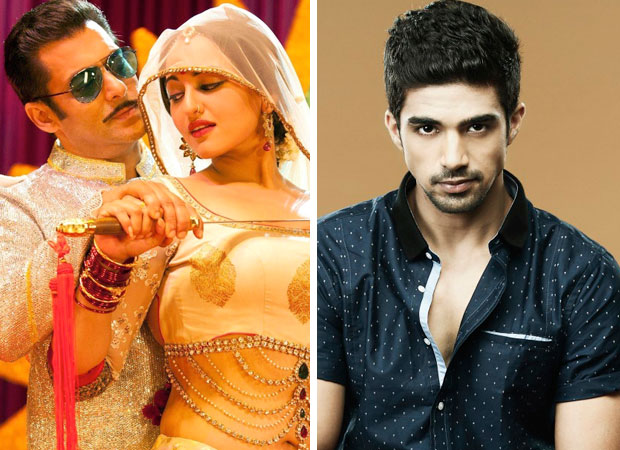 Dabangg franchise is clearly a fan favourite amongst Salman Khan fans. His character as the quirky cop Chulbul Pandey had become a rage when the first part had released. According to a source in the know, it has been learned that Sonakshi Sinha will indeed return for Salman Khan starrer Dabangg 3. She will be once again be seen as Salman's love interest. The source further revealed that the villain has been cast for the film and it is none other than Saqib Saleem. It seems like Salman was impressed with Saqib's work in his latest hit Race 3 and now he has roped him in to play the villain in the third installment.

Arbaaz Khan, who is also the producer of the film, recently spoke to Bollywood Hungama and revealed that the look tests for certain characters for Dabangg 3 have begun. He said that they have locked the story but will make a proper announcement when the time is right. “With any big film, there are characters that need to be finalized whether it is your negative character, your lead actor or your leading lady or whatever. That process is going to happen and it will start soon. To disclose who it is, it is not the time as we are still in the process of finalizing. The story has been locked though,” Arbaaz added.

Dabangg 3, which will be helmed by Prabhu Dheva, will reportedly go on floors by the end of the year.