If close friends of the two female superstars are to be believed, both Deepika Padukone and Priyanka Chopra plan to get married to their respective boyfriends next month.

There is some weighty speculation about both the weddings taking place on the same date at different venues in different parts of the world. This seems  unlikely, if not altogether impossible, considering the practical problems involved in two such high-profile weddings happening simultaneously. 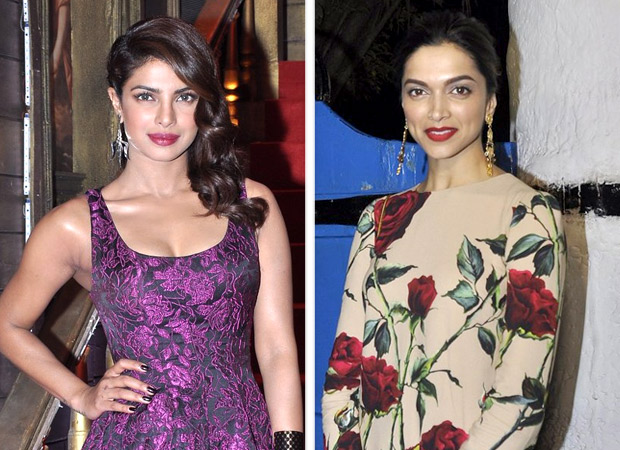 On the other hand, some sources close to both the divas feel their mutual rivalry could be extended to their weddings as well.
“Whatever Priyanka wants, Deepika wants too. When Priyanka charted a route from Bollywood to Hollywood, Deepika tried the same. Coincidentally, they’ve both decided to marry men from the entertainment industry. And for all we know, the two weddings may happen on the same day in November, albeit in different parts of the world,” says a well-informed source.

If sources are to be believed, Priyanka Chopra and her fiance Nick Jonas plan to marry at Jodhpur while Deepika Padukone and Ranveer Singh have chosen Lake Como as their wedding venue.

If the two weddings happen on the same day or close to one another, invitees would find it tough flying from one to the other.

A director close to both the actresses says, “If Deepika and Priyanka decide to marry on the same day or close to each other, I may skip both the weddings rather than attend one.”