Salman Khan just tweeted a rather cryptic sentence, ‘Mujhe ladki mil gayi’ and the internet went crazy trying to figure out if he was talking about a leading lady in his personal life or films! Well, there were some fans who suggested that maybe he is talking about his long-time friend, co-star and ex-girlfriend Katrina Kaif and we too were contemplating if there is any truth in these assumptions until we chanced across a report revealing the true identity of this mystery woman. 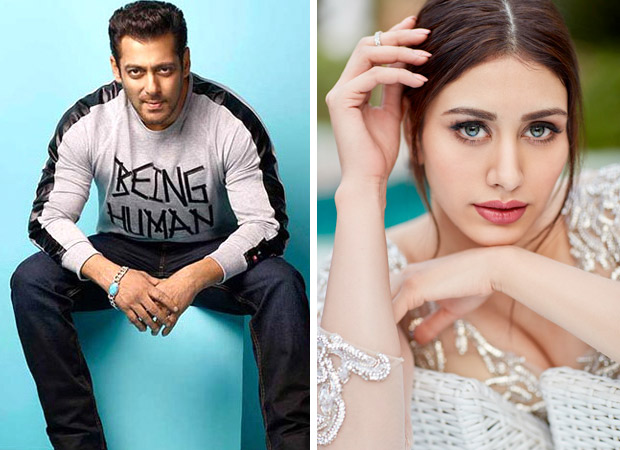 While there was a general contention that Salman is talking about a leading lady for his upcoming Bharat. But no, Bollywood’s Bhai is talking about his upcoming production venture Loveratri starring brother in law Aayush Sharma. By the looks of it, he has finalised on a leading lady for the movie and she is a newcomer.  He just took to Twitter to reveal her name and a pic. She sure looks amazing! He wrote, "Nothing to worry na @aaysharma ki film #Loveratri ke liye ladki mil gayi Warina, Toh dont worry na be happy na." Here is the image of the leading lady!

Looks like Salman is leaving no stone unturned to make sure that his darling lil sis Arpita Khan Sharma’s husband gets a big ticket Bollywood dream debut. He was also seen giving him some physical training tips to make sure that he gets his act right before making a splash in the film industry. Aayush has been undergoing a rigorous training for a few years and was seen closely working with Salman on the sets of Bajrangi Bhaijaan, Tubelight and Tiger Zinda Hai. Watch out this space for more details on the Aayush Sharma’s lead heroine in the movie.