Kapil Sharma has been looking forward to make a comeback on Television with The Kapil Sharma Show. With the last few shows failing in making the audience laugh and TRP business, the comedian is ready for second innings. Kapil Sharma is all set to make the audience laugh on his jokes again and to support him Salman Khan, Arbaaz Khan and Sohail Khan will be gracing the opening episode. The two episodes were shot on late December 5 until wee hours of December 6. The day began with puja and the shoot began around 8:30 pm on Wednesday night. 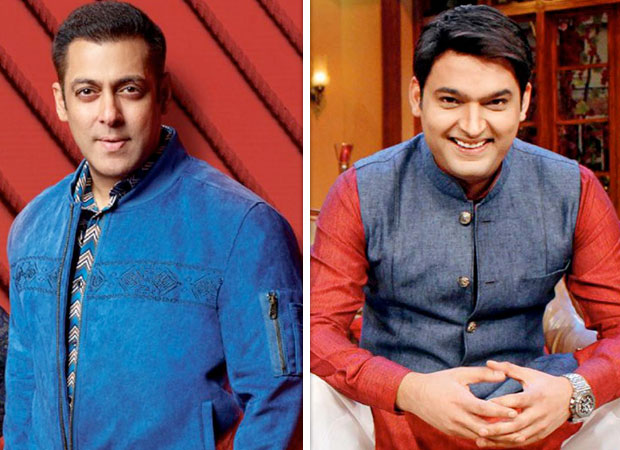 Navjot Singh Sidhu has returned as the judge and welcomed Salman Khan on the sets of the show with his patent shayari as he compared the actor to baaz (bird). Salman reportedly had a funny response to it that made the audience laughed hard. The episode will be filled with tons of wisecracks and laughter. Salim Khan will be making his TV appearance and share anecdotes from all his kids' childhood.

After the wedding of Deepika Padukone - Ranveer Singh and Priyanka Chopra - Nick Jonas, Kapil Sharma will be tying the knot this month with Ginni Chahtrath. Salman congratulated the comedian on his new beginnings. But, when Kapil asked when Salman would get married, none of the Khans present had an answer to it.

Krushna Abhishek and Kapil Sharma have let the bygones be bygones as Krushna will be a part of the show. He will be donning several characters in the show.

As per reports, Simmba stars Ranveer Singh and Sonu Sood are scheduled to shoot for the episode on December 7.