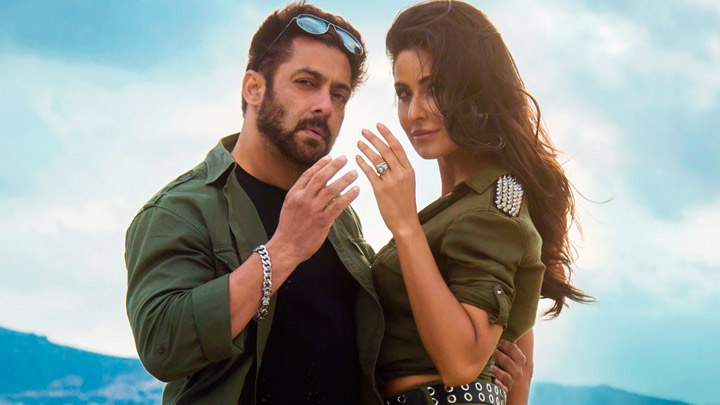 One of the highly anticipated movies of the year Tiger Zinda Hai, starring Salman Khan and Katrina Kaif, is all set to release on Friday. Now, it has been learned that Tiger Zinda Hai has recorded the biggest ever advance booking & pre-sales of all time for a Hindi movie in India, 2017 as well as all time.

Tiger Zinda Hai is highly awaited with a lot of expectations with its advance ticket sales. The fans of Salman Khan have been thronging at the pre-ticket sales and the film has seen the biggest advance booking yet. The fans have waited for almost one and a half years to see Salman back in extreme action. So, the advance sales have been pretty exciting for the exhibitors. Although the pre-sale has been below Baahubali:The Conclusion but that was a dubbed film.

Confirming the same Swaroop Reddy, President of SPI Cinemas Private Limited, says, "Tiger Zinda Hai has been one of the most awaited movies of 2017 and has a euphoria surrounding it. Movie enthusiasts have come out in strong numbers to book their tickets well in advance on our pre-book option. We are opening with 100+ shows across our 10 properties in 6 cities and have sold over 20,000 tickets in a span of few days. We are expecting the tickets sale to surge further at an increasingly fast pace. The response has been phenomenal and hints at a strong opening weekend."

Echoing a similar though the Director, Strategic initiative – Cinepolis India, Devang Sampat adds, “Excitement level and pre-sales of Tiger Zinda Hai at Cinepolis India is just phenomenal. People are waiting to go to multiplexes post Diwali and it cannot get better than this. This is a sure shot mega hit.”

With the direction of Sultan director Ali Abbas Zafar and YRF production, Salman Khan and Katrina Kaif starrer Tiger Zinda Hai is all set to hit the theatres tomorrow morning.