Salman Khan and Katrina starrer Tiger 3 is one of the highly anticipated films of Bollywood. The film is a part of the Tiger franchise and all its parts performed quite well at the box office. The film has been shot at various locations. Major portions of the film were shot in Russia, Turkey, and Austria in 2021. Currently, the action film is being shot in the capital city - New Delhi. 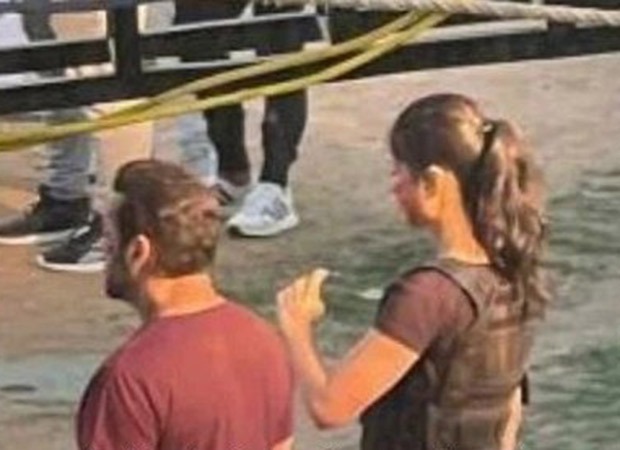 While the stars are busy shooting in Delhi, the local fans are having a great time. A few lucky ones got to click pictures with the lead pair and some on-set photos of Tiger 3 sets also got leaked online. In the pictures, Salman Khan is seen wearing a maroon tee and jeans and has scars on his face. Katrina, on the other hand, donned a utility combat vest over her all-black tee and jeans look.

Get Ready for The Biggest War ???? #Tiger3 Undoubtedly one of the Biggest Action film loading.. #SalmanKhan ???????? pic.twitter.com/lXMoVZik36

In Tiger 3, Salman Khan will reprise his role of Avinash Singh 'Tiger' Rathore, a former RAW agent. While Katrina Kaif will also reprise her character called Zoya, a former ISI agent and Tiger's wife. The film produced by Yash Raj Films will also star Emraan Hashmi in a pivotal role.