Kids appearing on reality shows have become a controversial topic these days. Salman Khan and Jacqueline Fernandez are currently on a promotional spree for Race 3 these days and recently appeared on a kids’ singing show Dance Deewane. Jacqueline posted a video from the event which is seemingly harmless but is setting a totally wrong example. She wrote, “Kids usually love me, this boy was an exception…at least I got my hug in the end.” Here, a kid who is a contestant from the show was not willing to hug Jacky and he clearly said ‘no’. But Salman went up to the stage and made him hug her. After this, a few Instagram losers lost it and called out this act as inappropriate behaviour. 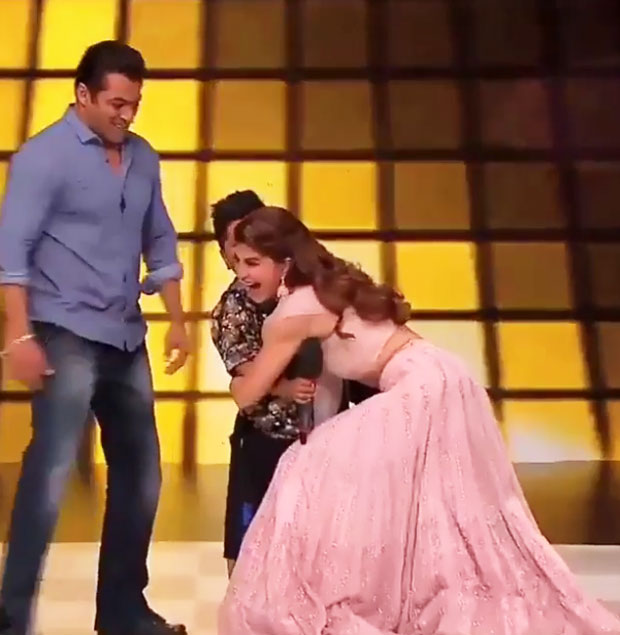 One user wrote, “Wow. I wish you understood the concept and importance of consent irrespective of age and gender Jacqueline and Salman.” While another one wrote, “Hey, heard about this thing called consent? It's not something only girls should have, and not something only adults should have. Can you imagine how awkward this would be if a female participant refused to hug Salman and he still went for it? And rubbing his tummy, for God's sake? You're making him uncomfortable on national television.” Another Netizen slammed this and tried to educate Salman and Jacqueline about consent and protecting the same despite the gender of the child. "How is this okay? It is important to teach children that their body is theirs and consent is important. The kid is totally uncomfortable. Expected better from you,” read the comment. Watch the video and tell us if you deem this appropriate.

Kids usually love me, this boy was an exception.. at least I got my hug in the end ???????? #dancedeewane @beingsalmankhan @madhuridixitnene @anilskapoor