The good times are rolling out for Saif Ali Khan. While son Taimur is hell-bent on being the youngest rock star in the global history of superstardom, father Saif has also had a satisfying year after the lean phase in his career suddenly coming to an end with the unforeseen success of his Netflix series Sacred Games. 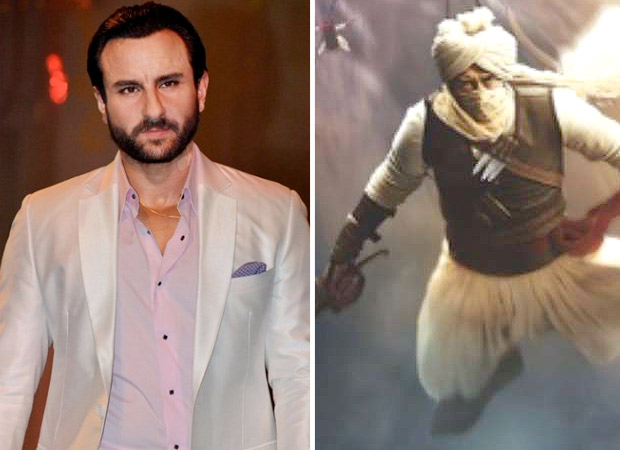 Saif’s feature-film appearance in 2018 in Baazaar also paid rich dividends. Incidentally Saif’s Baazaar is the first film with that title to be a hit. In 1982 Sagar Sarhadi’s Bazaar was a highly acclaimed film which didn’t make money. Earlier there were films like Bazaar (1949) Meena Bazaar (1950) and Bazaar Band Karo (1974) which flopped.

And now it looks like 2019 brings new challenges for Saif as he turns villain in Taanaji, the historical bio-pic on the life of Tanaji Malsure the legendary Maratha warrior. While Ajay Devgn will play the titular warrior (he produces the film) Saif will play the main antagonist. Confirming the casting coup Saif says, “Yes, I am playing the villain in this film. The crazy Udhayban Singh Rathore, Aurangzeb’s Rajput general.”

Ajay Devgn seems to have warmed up to Saif and his family in a big way. On Karan Johar’s talk show, Devgn was asked to name his favourite Khan, and he promptly named Saif’s son Taimur. When I tell Saif that Devgn has good taste, Saif agrees, “He does have good taste, no doubt.”