Well for all fans of the popular Netflix series, the season 2 of Sacred Games has kicked off in full swing. While Saif Ali Khan has already started shooting for the series in Mumbai, now we hear that Nawazuddin Siddiqui has taken off to foreign shores to shoot for the season. However, the Nawab is still in town completing the shoot in Mumbai. 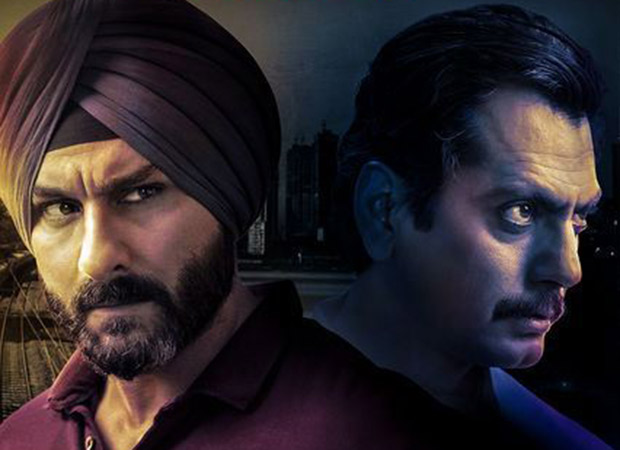 Current reports suggest that the track of Ganesh Gaitonde will see a twist! How? Well, in a sudden turn of events, his character will now shift to Kenya but further details on the same have obviously not been divulged. It is expected to be quite a long schedule in the city. In fact, we hear that that Nawazuddin Siddiqui and the team have already been shooting in Nairobi for almost a fortnight now.

That is not all! Sources in reports have been quoted revealing about the Kenya twist wherein they have asserted that the storyline will connect the dots between Mumbai and Kenya. After Gaitonde runs from the prison in the previous episode, he is expected to be in Kenya where he has now become a powerful gangster. The schedule in Nairobi and Kenya is expected to be as long as 50 days. Interestingly, there is also buzz about Mumbai being recreated there for a few sequences to be shot.

These sources have also asserted that the new season will showcase the relationship between Zoya that is Elnaaz Nourozi and Gaitonde. As for the Mumbai schedule, it is expected to continue until the end of this month.

Speaking of Sacred Games, the series also featured Kubbra Sait, Jatin Sarna, Geetanjali Thapa, and Radhika Apte amongst others. The second season is expected to release some time next year. Readers may be aware that the show came under scrutiny after its writer Varun Grover was dragged into a case of sexual harassment. But after investigation, he was given a clean chit on the matter. Now, the series is back on track and will be streaming on the platform soon.