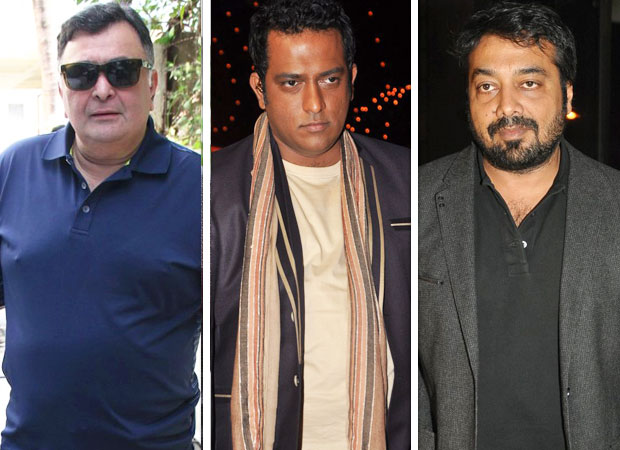 Followed by the Jagga Jasoos debacle, Ranbir Kapoor had to face backlash over the film failing to impress the audience. What also went wrong was when Rishi Kapoor accused Anurag Basu for the dud claiming that he was never ready with the script.

Rishi Kapoor has time and again become a part of controversies, courtesy his uninhibited and upfront comments on social media. The veteran star’s outspoken nature has even got him into troubles in the past and yet again, he gained focus when he accused Anurag Basu of being irresponsible in nature. Now the star’s statement for a recent chat show once again revived the subject.

Rishi Kapoor was recently at a chat show where he was asked to comment on the Anurags of the film industry, he initially spoke about Anurag Kashyap. Let us remind you that Kashyap too worked with Bombay Velvet, a big budget period drama that aimed to be a trilogy but flopped massively at the box office. Talking about Kashyap, Rishi stated that he made a much better film with Gangs of Wasseypur [which won awards at international film festivals] compared to his son’s film Bombay Velvet. He also revealed that he couldn’t understand the head or tail of the film.

On the other hand, Jagga Jasoos was Ranbir Kapoor’s second film with Anurag Basu [the first was Barfi!]. Appreciating their first film together, while Rishi lauded the combo of Ranbir and Anurag in Barfi! he was left equally disappointed with Jagga Jasoos. Rishi mispronounced the title initially and corrected it saying ‘Jagga Jasoos’.

Further elaborating on what went wrong, Rishi Kapoor believes that the two directors are very good with a certain kind of cinema that requires a certain budget but when it is an elaborate and big budget film, they are unable to handle it. Describing it with a Hindi phrase ‘Bandar ke haath mein khilona nahi aajata hai’ [like the way a monkey is handed a doll], according to Rishi Kapoor, the directors failed to adapt to the lavish budgets. At the same time, he also maintained that this is something that many directors have already faced in the industry and it could happen to anyone of them or even actors in the future.

However, it is left to be seen if any of the Anurags will respond to these statements made by Rishi Kapoor.