Here’s another Student Of The Year who is keen on establishing his name in the apparel arena. After Sidharth Malhotra, Varun Dhawan is keen on entering the fashion line and he has already taken his first step. How? Well, the actor’s brand Dhawan & Only is already available at stores and the sales have kicked off on a good note.

Considering that Varun Dhawan is a Gen Y star, his apparel brand too represents the youthful aura. The actor has confessed in reports that he was keen on starting the brand to connect with the youth. It is being said that he has found fans amongst his own group and Kalank co-star Alia Bhatt is one of them. The actress was once spotted sporting a tee from his brand that has gained popularity on social media. 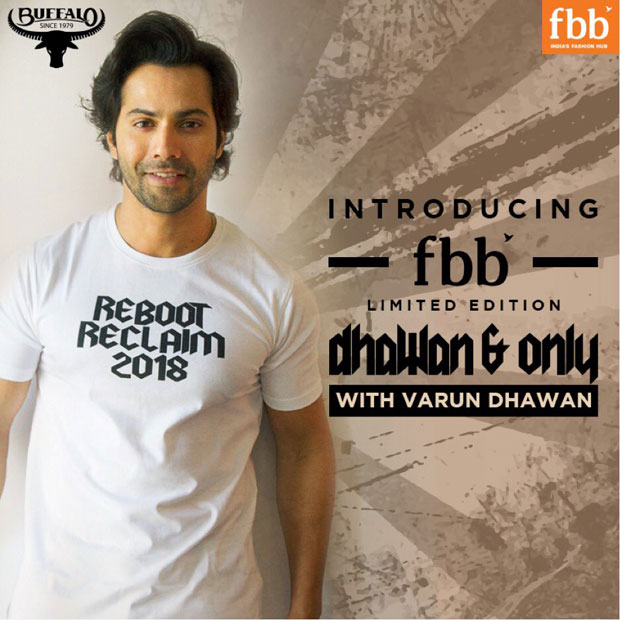 Speaking on his new venture, Varun Dhawan confessed that this brand is his brainchild. Although he maintained that he doesn’t know much about entrepreneurship, he added that he has worked from scratch for this line. As of now, the apparels are available in solid colours with each of them having slogans on it.

Elaborating on the slogans, Varun mentioned that it isn’t really his musings as such but something that can resonate with the current generation. The actor also honestly stated that he also has a team looking it and the idea is to keep it simple since that will have more connect. However, he was quick to add that the slogans are indeed his!

On the other hand, Varun Dhawan also stated that his collection is little and few. The Gen Y superstar believes that he wants to sell the clothing line on merit. If it succeeds, he will extend the brand further with more additions to the collection. He is, however, happy to see the positive his brand has been receiving by far.

The said collection of Dhawan & Only is available at FBB [Fashion Big Bazaar] outlets in metropolitan cities. Interestingly, Varun himself endorses FBB as he is the brand face of the men’s collection.