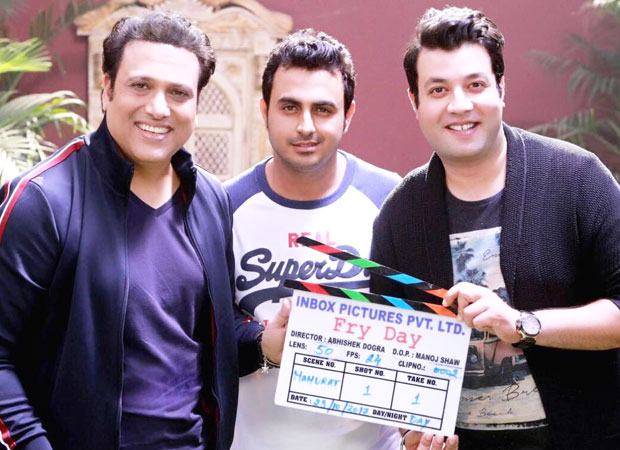 He was the superstar of the 90s and did impeccable work in the comedy genre of Bollywood films. Govinda will return to what he does best – make you laugh with the funny offing Fry Day. Accompanying him will be Varun Sharma, popularly known as Choocha of the Fukrey franchise. While we had reported about these earlier, let us give you a sneak peek into this next directorial of Abhishek Dogra.

Govinda and Varun Sharma will be playing leading characters in this film which will showcase one as a theatre actor and the other as a failed salesman respectively. The duo, according to Abhishek Dogra, got along like a house of fire and the director has asked everyone to expect firecrackers on screen.

Talking about working with Govinda, Varun reminisced about his childhood days when he watched the actor’s blockbusters with enthusiasm and is more than happy to learn the tricks of trade from him. Calling it an enriching experience, Sharma believes that he is the best actor in the genre of comedy.

On the other hand, Govinda too was all praises for co-actor Varun Sharma and appreciated his outstanding comedy skills. He also believes that the film is young and fresh that will be loved by all age groups. Govinda [fondly known as Chi Chi] also expressed about his happiness of working with the younger generation as well as stated that Abhishek too is a hardworking and understanding director. He also revealed that this his second film that he completed in a single schedule after his last film Kill Dil.

Produced by Sajid Qureshi and Inbox Pictures Pvt Ltd, Fry Day is slated to release in summer next year.