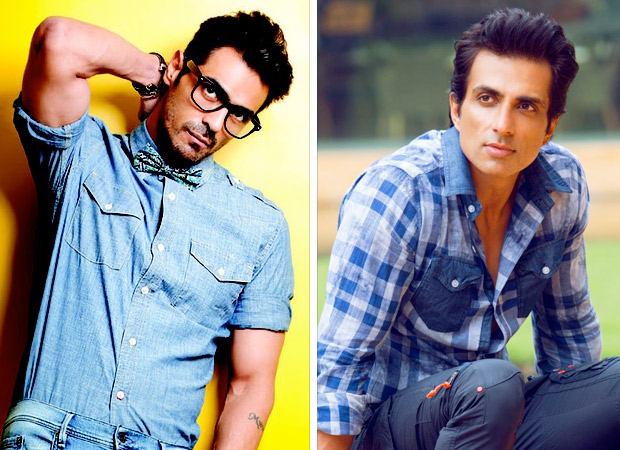 While Arjun Rampal and Sonu Sood started bonding on the sets of JP Dutta’s Paltan, their camaraderie has now given rise to their second collaboration. The duo is all set to play leads in Sarvggun Sampanna, which will also have Sonu Sood as the producer.

While it is a known fact that Sonu Sood has ventured into production, the actor approached Arjun whilst they were shooting for Paltan and now, the two are quite keen on taking this association further. The film will be directed by Karan Kashyap who has been an assistant director in some prominent films like Bunty Aur Babli and Chak De! India.

Confirming the same, Sonu revealed that the film will be a comic caper about two guys and will be set in Uttar Pradesh. Recently, Sonu has even completed the recce for the same when he recently visited Lucknow for an inauguration. Besides jotting down locations for the film, it seems that the actor-producer is keen on even outsourcing costumes from UP and Bihar to retain the authenticity of the characters.

However, the actress of the film is yet to be finalized. Sonu also asserted that they have been working on the script of Sarvgunn Sampanna for the past eight-nine months and are expected to take it to floor in March and April. A reading session as well as workshops will be held soon once Arjun returns from his Jharkhand trip.

As for Sonu Sood, the actor is busy shooting for the Kangana Ranaut starrer Manikarnika – The Queen of Jhansi. Apart from that, Sonu is also a busy producer who is currently on a hunt for an actress who will essay the role of sports champ PV Sindhu in the forthcoming biopic on the Indian badminton player.