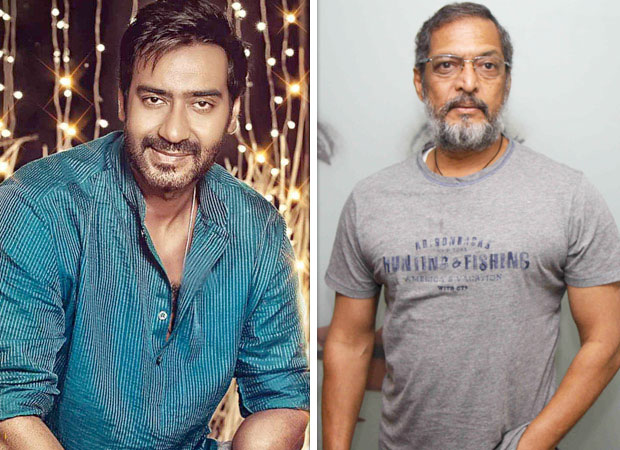 While Ajay Devgn’s next production in Bollywood will see his actress-wife Kajol playing the role of a protagonist, the actor-producer has some intriguing plans for regional film production. Ajay is keen on producing a Marathi film titled Aapla Manus which is based on popular play called ‘Katkon Trikon’. Starring Nana Patekar in the lead, the film will have Satish Rajwade as its director.

Paresh Rawal has played the protagonist when the play was adapted in Gujarati and Hindi. Speaking about the latest Marathi screen adaptation, Paresh was all praises for Ajay Devgn for backing progressive and qualitative Marathi cinema despite being a Punjabi. He is also super excited about having Nana Patekar on board since he believes that Nana has a huge fan following in Marathi cinema.

On the other hand, the play titled Dear Father in Gujarati and Hindi has now completed about 500 shows, according to Paresh Rawal. The actor will now also play the lead role in Hindi screen adaptation of the same which will be produced by Ashutosh Gowariker. Talking about this project which is also in the pipeline, Paresh maintained that when Ashutosh saw the play he wanted to turn it into a film and he was more than happy about it.

Speaking about his association with Gowariker that goes back a long way, he reminisced about working with the actor-filmmaker in films like Ashutosh’s directorial debut Pehla Nasha, Aamir Khan starrer Baazi and the Khan’s acting debut Holi. Paresh Rawal has also been a part of some of the most popular plays like Kanji Virudh Kanji which was later adapted as OMG! Oh My God. Also, Satish Rajwade will be directing the Hindi remake too which features Paresh Rawal in a double role.

Dealing with the generation gap and conflicts between a father and a young couple, the Hindi version is slated to go on floor in May whilst casting is still underway.