Last Updated 20.10.2021 | 5:03 PM IST
feedback language
follow us on
Bollywood Hungama » News » Bollywood News » Rani Mukerji is all set to do some Dadagiri 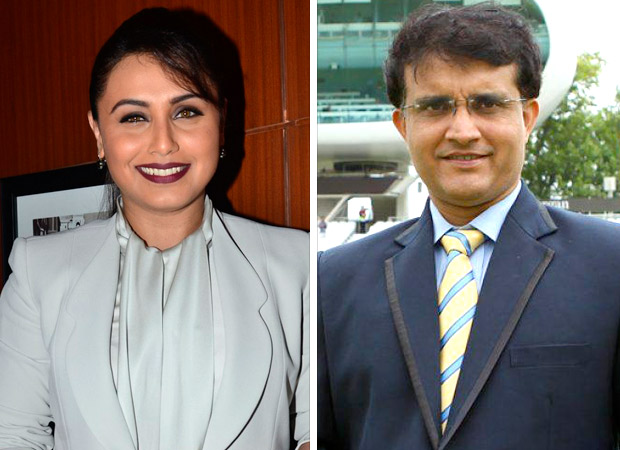 She is a super successful Bollywood actress and he, the former captain of the Indian cricket team. While Bollywood and Cricket has a long time bonding, we will get to see the same on the small screen with Rani Mukerji and Sourav Ganguly. The actress is all set to promote her film Hichki on the latter’s show Dadagiri.

It is a known fact that Rani Mukerji and Sourav Ganguly share the Bengali connect and obviously it will be the first time the duo will be sharing screen space on a reality show. Reports suggest Rani is already all set to head to Kolkata to shoot this special episode that focusses on her forthcoming film Hichki.

A source from the channel says, “Rani and Sourav are both legends. This episode will be the most special one that we have shot ever. They will make for a winning combination on TV. Sourav, or Dada as he is fondly called, will be speaking to Rani on her forthcoming film Hichki. Rani has started a campaign for the film that sees her quiz icons about their real-life hichkis (weaknesses) and she will quiz Sourav on the same. It will be quite interesting to know about dada’s hichki. We are sure it will be a big revelation.”

Rani plays the character of Naina Mathur who has a nervous system disorder, Tourette Syndrome that forces an individual to make involuntary repetitive movements or sounds. Hichki focusses on turning disadvantages into opportunities and staring down at challenges that life throws at one and ultimately winning over them. It is also a subtle reminder about discrimination that exists in our society and has become a part of our daily lives. It highlights this through the story of Naina, who faces discrimination from our society that firmly believes she cannot be a teacher because of her disorder.

Directed by Siddharth P Malhotra and produced by Maneesh Sharma, the film is expected to hit the silver screen on February 23.