Raveena Tandon and Salman Khan go way back and the duo shares an amazing friendship. Raveena and Salman can apparently talk for hours at a stretch without any interruptions and when he came as a guest on a dance reality show she judged, they realized that a major chunk of their conversation was cut out due to time constraints. In her recent chat with Kiran Joneja, Raveena Tandon recalled how she first met Salman Khan and landed her first film in Bollywood with him, Patthar Ke Phool. Raveena used to intern with Prahlad Kakkar back then and one of her colleague, Bunty, who happened to be a friend of Salman Khan surprised her. 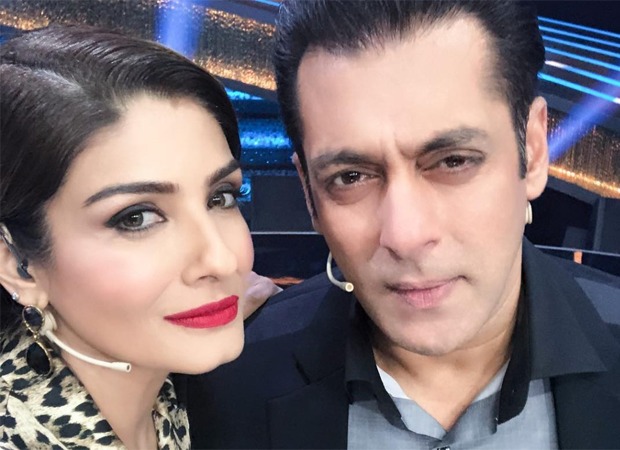 Recalling her initial days in the industry, she said, “I never wanted to become an actor, but when destiny wants something to happen it all happens simultaneously, so after finishing my 10th exams I did an internship with Prahlad Kakkar, also I had done a few modelling projects before that, when I was interning with Prahlad Kakkar people used to ask me what was I doing behind the cameras and why was I not acting in front of the cameras. Also, Prahlad used to ask me to model whenever a model didn't turn up for the shoot on time! But those days were really fun. I truly enjoyed my internship days.”

She further added, “One day I was in one of the studios in Bandra and my friend Bunty, who was a filmmaker I knew him because I had done a few advertisements with him, asked if I was in Bandra. I said yes. To that he said, ‘come outside, Salman (Khan) and I are passing by, just say hi to us'. I remember my friends were more excited that my co-actor is Salman Khan and they encouraged me to go ahead. So, that was how my journey of being a film actress begun.”

29 years after the film released, Salman and Raveena still share a precious friendship.