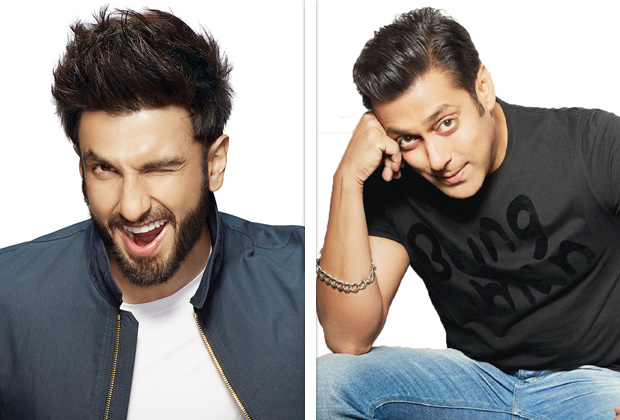 If there’s one man who is having the time and tide in his favour, then, it is undoubtedly Ranveer Singh. It now seems that, very soon, Ranveer's ‘non-stop’ energy will be replaced with ‘toofani energy’. The reason? Well, if the market buzz is to be believed, then, Ranveer Singh is now all set to replace Salman Khan as the brand ambassador for the cola major ‘Thums Up’.

Readers may note that, Salman Khan’s association with ‘Thums Up’ lasted for as many as four years. As per sources, since Salman Khan’s contract expired last month, the Coca Cola officials chose not to renew it and have reportedly replaced him with Ranveer Singh, who has now emerged as the latest youth icon.

In order to clarify on the going speculations about Salman Khan and Coca Cola parting ways, a joint statement has been released by the brand as well as Salman Khan.

The statement read, “There have been some media reports this evening that discusses the contractual agreements between brand Thums Up and Salman Khan. In light of the media interest and numerous inquiries that both parties have received, we find it prudent to clarify that Salman Khan was committed to an existing relationship with a daily TV show, which this year happens to be sponsored by a brand that competes with the Coca-Cola India product portfolio. In light of this, both parties have mutually decided not to renew their current contract. We do not have any further information to provide at this point. We appreciate your interest and outreach.”

Watch this space for more developments