Padmaavat became the talk of the town and undoubtedly Ranveer ’s performance too was applauded. Although the success bash of the film was cancelled, now Ranveer Singh is all to welcome the festival of Holi with a bang. The actor has reportedly planned the biggest Holi party ever and it will be with none other than singing sensation Pharrell Williams. 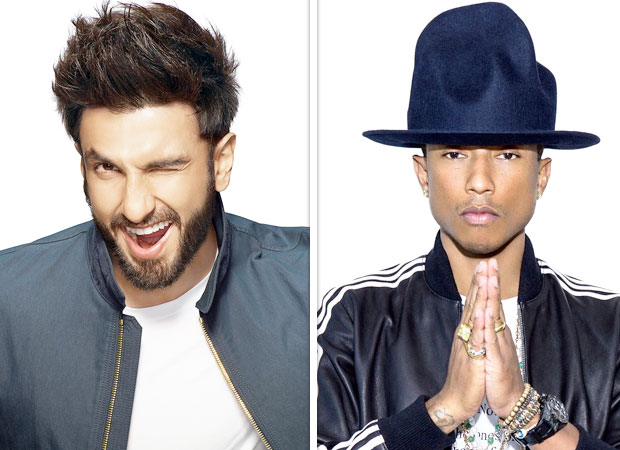 However, this is not just a bash! Reports suggest that Pharell is looking at India as a potential market for his forthcoming apparel line. Furthermore, the inspiration behind the same is the festival of Holi.

A source close to the development spoke on the same saying, “Pharrell Williams is coming down to India to launch his new clothing line that is inspired by the festival of colours, Holi. As we all know, Pharrell is one of the brand ambassadors of Adidas Originals. Also, Ranveer Singh is their brand face for India. They thought why not get the biggest young face of Bollywood to host one of the biggest singing sensations of the world. It’s a genius idea to get Ranveer and Pharrell to play Holi together. The event is on March 2nd and as you can imagine, things will go berserk.”

The informer added, “The Holi event is a true blue collaboration of two of the biggest names in the entertainment industry. While Ranveer Singh has a massive following among the youth of the country, Pharrell William too has a big presence in India. The organizers are set to utilize their strong social media presence during the event to popularize the Holi party. Their entire strategy is focused on digital. Ranveer’s reach is being used by the brand to ensure the event becomes a blockbuster success.”

Ranveer Singh also has a great year to look forward to. Zoya Akhtar’s Gully Boy and Rohit Shetty’s Simmba are some of the films he will feature in. Besides these two, Ranveer will also start work on Kabir Khan’s cricket biopic ’83.