While we are just bracing ourselves and trying to wrap our heads around the event of the year, Isha Ambani – Anand Piramal’s wedding hoopla, there is yet another wedding coming up in the Ambani household! After Isha, her twin brother Akash is set to marry Shloka Mehta and the prep is underway in full swing at the Ambani mansion! While the wedding date is yet to be announced, it is said that Akash is set to fly off to Switzerland with his friends for a crazy bachelor’s party. Akash will be be there between February 23 and 25 and guess who will join him? Ranbir Kapoor! It is touted that the groom’s party will have a guest list of 500 people! Now considering the scale of Isha Ambani’s wedding, this is hardly shocking. 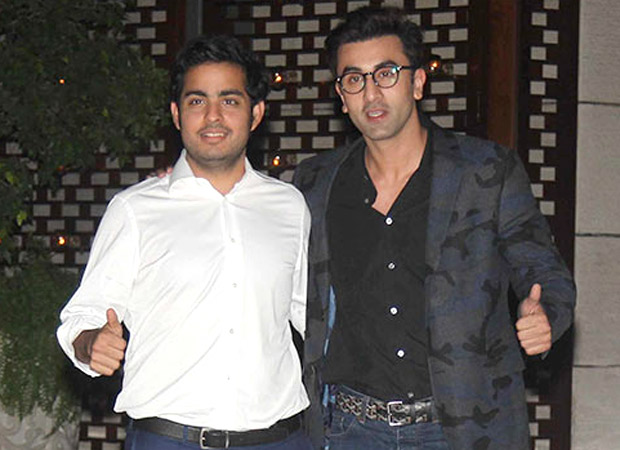 Ranbir has been a close friend of Akash since many years now. Along with Ranbir even Karan Johar will go to Switzerland for the party, it is rumoured.

On work front, Ranbir Kapoor is working on Brahmastra with Alia Bhatt and is diving straight into Shamshera with Sanjay Dutt. He is currently maintaining a very low profile and is not snapped by the paps much. Clearly, he is working round the clock. And so is his girlfriend Alia Bhatt, who is currently promoting Gully Boy.