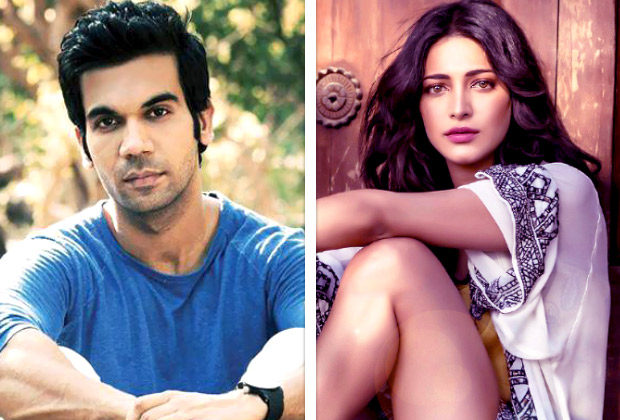 Branching out in the comedy zone this time, filmmaker Tony D’Souza is all set to produce his next. While the biopic on controversial cricketer Mohammad Azharuddin (Azhar) and the Emraan Hashmi starrer border drama Captain Nawab are some of his other projects, Tony is now gearing up for Behen Hogi Teri, which is said to be based on the lines of Kundan Shah humour, inspired from films like Jaane Bhi Do Yaaro.

Behen Hogi Teri is said to revolve around the life of a bachelor who is desperately looking for his bride and has a fear of women calling him their ‘brother’. From what we hear Rajkummar Rao and Shruti Haasan have been approached for the leading roles and if all goes well, the duo will be paired on screen for the first time. While Tony recently did confirm about the developments, he refused to divulge details on the casting maintaining that it was too early to talk and the process of casting is on. However, reports claim that actors Shakti Kapoor and Rajesh Sharma too will be a part of the film.

It is being said that Behen Hogi Teri, to be directed by debutant Ajay Panwala, will be extensively shot in Lucknow in a single schedule starting from December to February. While the film will be co-produced by Nitin Upadhayay along with Tony, we hear that the makers are eying for a June release next year.