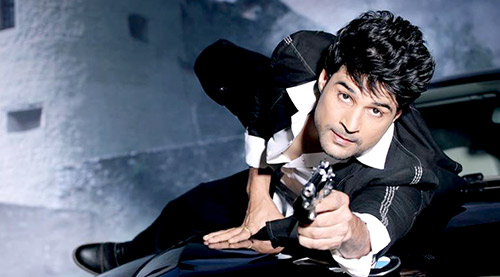 Several Bollywood actors and actresses have tried their hands in singing. From Hrithik Roshan to Alia Bhatt, many have crooned for their films. Another actor joining the bandwagon is Rajeev Khandelwal.

Rajeev Khandelwal, who is starring in an upcoming suspense thriller Fever, will be making his singing debut in the film. The song 'Teri Yaad which is sung by Rahul Jain in the film will have another version. Rajeev's version of 'Teri Yaad' will be used for promotions. Talking about the same, Rajeev Khandelwal revealed that he has always enjoyed singing. He also added that it was his director Rajeev Jhaveri and music composer Rahul Jain were the ones who suggested that he should sing the song and he immediately agreed. Rahul has even been helping Rajeev in the rehearsals. Reminiscing about his college days, Rajeev stated that he used to participate in several singing competitions during those days.

The promotional version of 'Teri Yaad' will be recorded on July 15. Directed by Rajeev Jhaveri, Fever also stars Gauahar Khan, Gemma Atkinson and is slated to release on August 5.