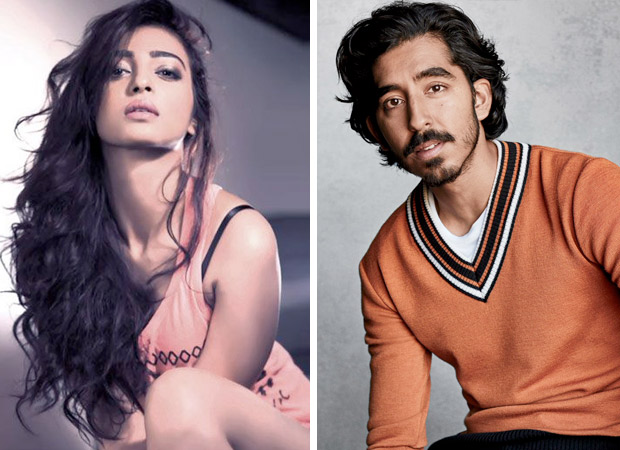 Radhika Apte, who is gearing up for one of the most awaited films of the year Padman, recently revealed about one of her latest projects. Confirming the rumours that have been doing the rounds, Radhika reportedly revealed about doing a film with Dev Patel.

Asserting that she has indeed signed a film with the Hollywood star, Radhika Apte, however, also maintained that an announcement will be made soon, without divulging any details further. Interestingly, the actress has a lot to look forward to this year, with films like Padman and Baazaar in the pipeline in which she has worked with Akshay Kumar and Saif Ali Khan respectively.

Besides acting with Dev Patel for the first time, Radhika is also a part of a few fresh pairings this year which includes one with debutant Rohan Mehra [son of veteran actor Vinod Mehra] and Sairat actor Akash Thosar. Talking about her experience of working with Rohan in Baazaar, Radhika described him as a sincere and sweet boy and is impressed by his dedication.

On the other hand, she also spoke about Akash as the duo will star in Anurag Kashyap’s film in the anthology Love and Lust. Calling him shy, Radhika stated that filmmaker Anurag has moulded the character in their film to suit his real life nature.

Yet another major change in her life this year is that Radhika Apte has taken to script writing. In fact, she is said to have co-written the Anurag Kashyap film in Love & Lust. Although she humbly pointed out that they were improvisations, she maintained that the film was merely a product of their continuous discussions. Anurag wanted to do something different from the usual where actors work with scripts and Radhika added that she just helped him do the same.

Besides these films, Radhika Apte will be yet again collaborating with Anurag Kashyap on another film about which they have been discussing for quite some time now. However, she hasn’t divulged any details on the same. She has also shot a film with Phantom Productions which falls in the horror genre and is shot in a graveyard. Radhika will also join hands with Badlapur director Sriram Raghavan for his next which stars Ayushmann Khurrana.