Last Updated 30.01.2023 | 11:06 PM IST
feedback language
follow us on
Bollywood Hungama » News » Bollywood News » Radhe – Your Most Wanted Bhai and Laxmmi Bomb to miss their Eid release this year due to Coronavirus lockdown

The festival of Ramzan Eid has proved to be very profitable for Bollywood, more so since 2009. This was the year when Salman Khan-starrer Wanted released and it began a trend of the superstar coming up with an exciting film on the holy festival every year. Except for 2013, he has had a release on every Eid from 2009 to 2019. This year too, he was all set to present the much awaited Radhe – Your Most Wanted Bhai. Last year, there was a scare when his other film Inshallah, directed by Sanjay Leela Bhansali, which was to originally release on Eid 2020, got shelved. However, the superstar quickly got his team to work on a script and in no time, he announced that he’ll come up with Radhe – Your Most Wanted Bhai on Eid. In between, Akshay Kumar too made it clear that he’ll bring his horror comedy Laxmmi Bomb on the said festival as well. That’s not all. Another significant biggie, the Hollywood flick Fast & Furious 9 was also set to arrive on May 22 this year. The stage was set for an epic three-way clash which excited viewers but scared the trade and exhibitors. 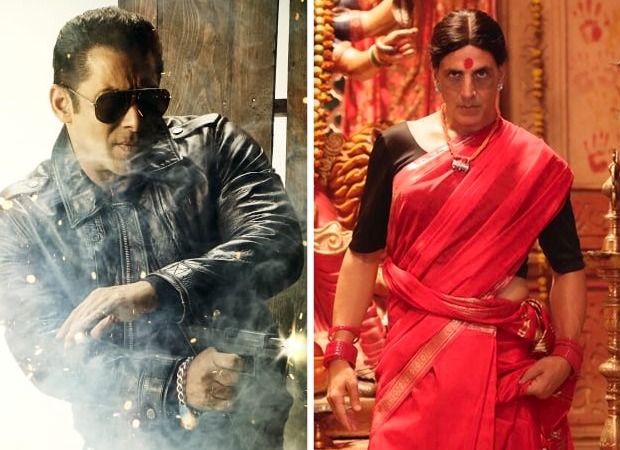 But then, the Coronavirus outbreak happened. The disease spread far and wide and it reached Indian shores as well. It began to affect many people, which led to governments of various states to shut theatres first. Slowly, modes of transport, offices and various non-essential services and shops too were forced to close. Citizens have been advised to remain at home to further prevent the spread of this disease, whose vaccine is yet to be found. The next step taken was to bring the states under lockdown. On March 24, Prime Minister Narendra Modi announced that the entire country is now in a state of lockdown, and would remain so till April 14. Today is April 14 and Narendra Modi announced that the phase 2 of lockdown will commence from tomorrow, until May 3.

The move, though absolutely necessary, has gravely impacted the exhibition sector. And with the lockdown going on till May 3, there’s a fear that cinema halls won’t open before June. A source spills the beans, “In most places, theatres were one of the first places that got shut. It’s a place where people sit in close proximity, that too when the AC is on full blast. The Coronavirus is seen to be spread easily in such environments. That’s the reason why social distancing is being practiced and also, people are asked not to switch on their ACs. So we are of the opinion that just like theatres got shut first, they’ll also be the last ones to get permission to open, once the situation normalizes. And we fear that this will happen only in May-end or June. Since the number of cases hasn’t reduced yet, the lockdown has been further extended. And it’s only in May that the government will gradually allow trains and Metros to commence operations followed by outstation travel, private offices and so on. So the month of May might come to an end by the time theatres finally get the permission to function.”

The source further continues, “Moreover, there’s no guarantee that viewers will throng the cinemas as soon it starts operations. So it’ll be only in June when footfalls will see an increase.

Fast & Furious 9 has already been pushed to April 2021. There was hope that both Radhe – Your Most Wanted Bhai and Laxmmi Bomb would make it to Eid. But with the lockdown, can we still expect these films to release as scheduled? The source retorts, “The chances are remote. Even if theatres do start, the makers of these films would require at least 3-4 weeks for promotions, and also to check if viewers are coming in. Both are big films and would release only when the situation is conducive. Not to forget, they’ll also need to keep in mind the situation overseas. Right now, Europe, USA and other territories are under lockdown and some of the places are affected extremely. And these countries also need to start cinema operations and again, that’s unlikely to happen anytime soon. Hence, I say this with a very heavy heart that there might not be an Eid attraction in your nearest cinemas this year.”

The source before signing off says, “The situation might improve even before, if the number of cases sees a sudden drop. But we exhibitors don’t want to keep any false hopes right now. We’ll have to mentally prepare ourselves for the fact that things won’t improve for us before May-end.”

Also Read: BREAKING: Salman Khan’s Radhe – Your Most Wanted Bhai to miss its Eid date due to lockdown