After almost four years ago, Preity Zinta had filed a police complaint against former boyfriend and businessman Ness Wadia on the charges of molestation and verbal abuse. Now, almost fours on, the Marine Drive police in Mumbai finally filed a charge sheet in the case on February 20. According to the reports, Ness Wadia was present during the submission of the charge sheet in the court of the chief metropolitan magistrate. The businessman was granted bail on the personal bond of Rs 20,000. 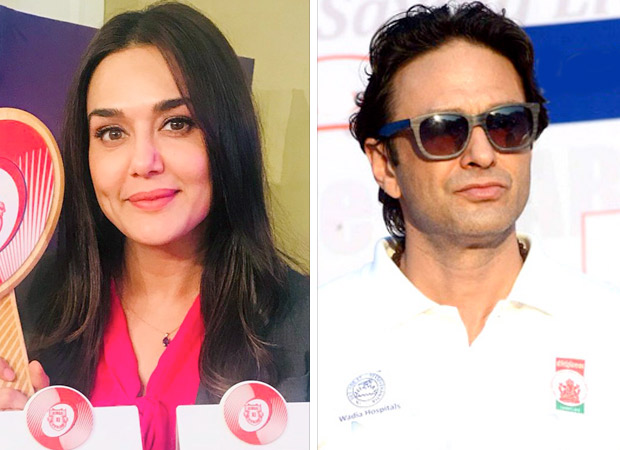 Ness Wadia and Preity Zinta were in a relationship for over five years. The alleged harassment and verbal abuse happened during Indian Premier League match which apparently continued later as well. According to Preity Zinta’s complaint, the actress has alleged that she was assaulted during a match between Kings XI Punjab and Chennai Super Kings on May 30, 2014, at the Wankhede Stadium. The complaint reveals that Preity was abused by Ness when she was seated at Garware Pavilion over ticket distribution. She, then, changed her seat to avoid Ness but he continued to abuse her in front of the other team members.

Preity Zinta further revealed in her complaint that she tried to stay away from Ness Wadia when he grabbed her hand. She has even submitted four photographs of her right arm with bruise marks.

Ness Wadia is the co-owner of the Indian Premier League (IPL) team Kings XI Punjab along with Preity Zinta. The businessman has been charged under the Indian Penal Code (IPC) sections 354 (assault or criminal force against woman with intent to outrage her modesty), 504 (intentional insult with intent to provoke breach of peace), 506 (criminal intimidation), and 509 (word, gesture, or act intended to insult the modesty of woman).

Preity Zinta married Gene Goodenough in 2016. Gene sent his statement to the police via email and has supported the claims of his wife. He said that he had to intervene when Ness Wadia abused Preity. The police have informed that the people mentioned as the witnesses from both the parties have recorded their statements. Now, the chargesheet will help for the trial to begin against Ness Wadia.