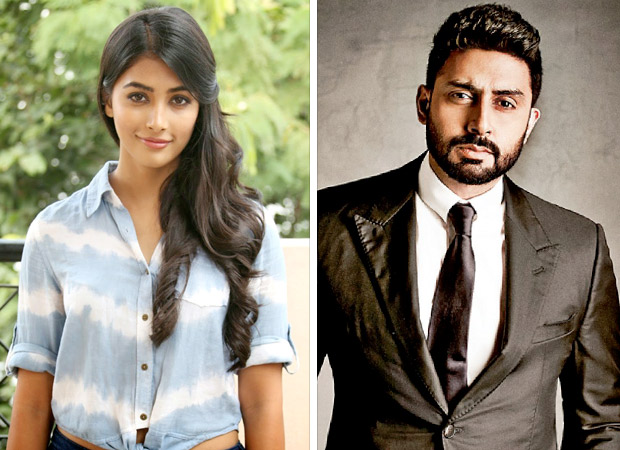 She made her debut in Bollywood with Ashutosh Gowariker’s magnum opus Mohenjo-Daro but the film failed to impress the audience. Since then, we haven’t seen much of Pooja Hegde who is now busy with South projects. But latest reports claim that Pooja has finally signed her second Bollywood film.

While last time she was paired opposite the heartthrob Hrithik Roshan, this time around she is said to play the lead alongside Abhishek Bachchan. The film in question is said to be thriller which will be directed by Nishikant Kamat.

Earlier we had reported that the makers are keeping details of the film under wraps. Besides the fact that the film is produced by KriArj Entertainment, we hear that the film was supposed to go floor in summer as the makers were contemplating on releasing the same during winter, that is, by the end of this year.

Besides this, Abhishek Bachchan has about three films which includes Ronnie Screwvala’s next, Rajat Rawail’s Bachchan Singh as well as Prabhu Deva’s Lefty. On the other hand, Pooja is gearing up for the release of the Telugu film Duvvada Jagannadham which releases this week.