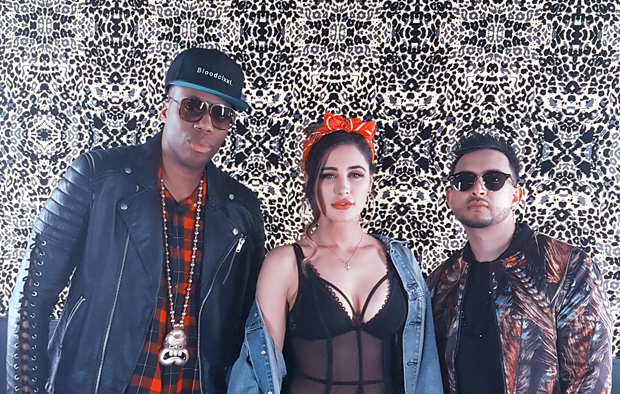 American model-actress Nargis Fakhri who debut in Bollywood with the film Rockstar has been living it up in Los Angeles for the last eight months. Now she is back in the B town to promote her singing debut, an Indo-Canadian single, ‘Habitaan Vigaad Di’.

Written by Kumaar, the song also features singer-composer Parichay, known for his racy track ‘Aaj Phir Peene Ki Tamannah Hai’ from the film Loveshhuda, and reggae artiste and musician Kardinal Offishall, who frequently collaborates with Akon. Nargis features as a ‘fantasy chick’ in the music video and has crooned the Punjabi chorus.

Parichay had composed 2 tracks and had sent it to LA out of which Nargis picked up the track she loved the most. The duo filmed the video in Toronto, showcasing the city's popular 1800-feet high communication's tower and other amazing views of the city. “To give the song an East-meets West flavour, the team brought mainstream Canadian rap-legend Kardinal on-board to record and film with Nargis and Parichay”, says the source

Nargis, who doesn't speak Hindi or Punjabi, insisted that she didn't want her accent to sound disrespectful, so she rehearsed extensively.  “For the main chorus line, she gave 100 takes because she couldn't get the Punjabi lyrics right. She made sure to learn the correct pronunciation of every word from Parichay”, adds the source.

Parichay and Nargis are again teaming up for another track, in which the actress will have a lot more vocals, and soon Nargis and Parichay will show up at clubs in the city and surprise revellers with a live musical performance of their track.