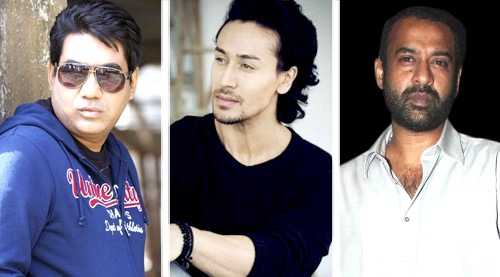 Readers may recall that, only recently, we had reported about Tiger Shroff being signed for Sabbir Khan's next film titled Munna Michael, which will be produced by Viki Rajani and NextGen Films. Even before the film could go on floors (which will be reportedly in September this year), the film's makers have now apparently landed themselves in a soup, courtesy, a writer-director named Kritik Kumar Pandey.

In a statement that he had issued to the media, he stated, "Hi, this is Kritik Kumar; a director by profession. Recently, I became victim of a fraud event. Mr. Tiger Shroff with the help of Mr Sabbir Khan, Caa Kwan talent and Viki Rajani did fraud with me. Mr. Tiger Shroff took my story a year back and kept taking all the details of my project M J Return. He even took the teaser of my film with the commitment of working on it with me. But now he has announced another film "Munna and Michael"which is totally my film and my story. He just changed the name of film from MJ Return to Munna and Michael. In this context I have lodged a complaint in Versova police station."

While attempts to reach Sabbir Khan, Tiger Shroff and Madhu Mantena proved futile, do watch this space for developments.