With horror comedies gaining momentum in Bollywood currently, Farhan Akhtar and Ritesh Sidhwani is all set for a quirky ghost film. Titled Phone Bhoot, the film features a unique casting ensemble of Siddhant Chaturvedi, Ishaan Khatter and Katrina Kaif in lead roles. Now, the makers have unveiled an announcement poster of sorts and giving a glimpse of the horror comedy. 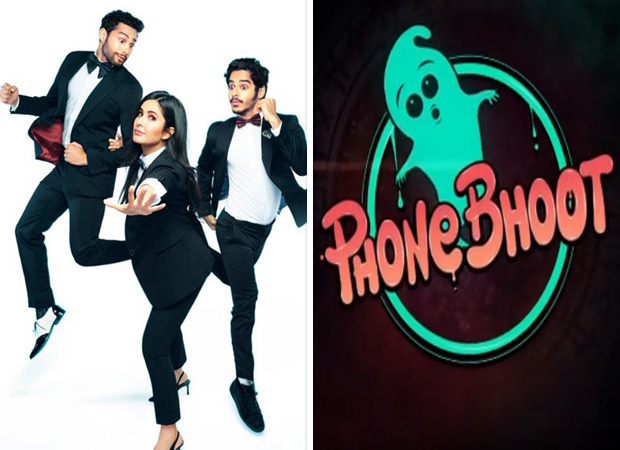 From what we hear, the track used for the video is supposedly the theme track of the film along with the logo of Phone Bhoot. A source close to the film confirmed, “Sharing the quirky video unit as with the theme track of the film, the makers are all set to reveal the theatrical release date tomorrow.” It was earlier being said that the film’s release will coincide with the anniversary of another Excel Entertainment film, Zindagi Na Milegi Dobara but it seems that the makers have shifted the date.

Besides them, actors like Katrina Kaif too took to social media to post this video. In the past too, the actors have shared several glimpses of the film through their posts on the behind-the-scenes fun. From playing outdoor games to fun indoor games, the boys, Siddhant Chaturvedi and Ishaan Khatter along with leading lady Katrina were seen having a gala time during their shoot experience.

On the other hand, after they unveiled the first look featuring the lead actors, Phone Bhoot has been making a good buzz around the corners owing to the fun ensemble who are coming together for the first time. Directed by Gurmmeet Singh and written by Ravi Shankaran and Jasvinder Singh Bath, Phone Bhoot is produced by Excel Entertainment, headed by Ritesh Sidhwani and Farhan Akhtar.